“You claim democracy, but the reality is different.” European Parliament member Blaschko announced his departure from the Social Democratic Party 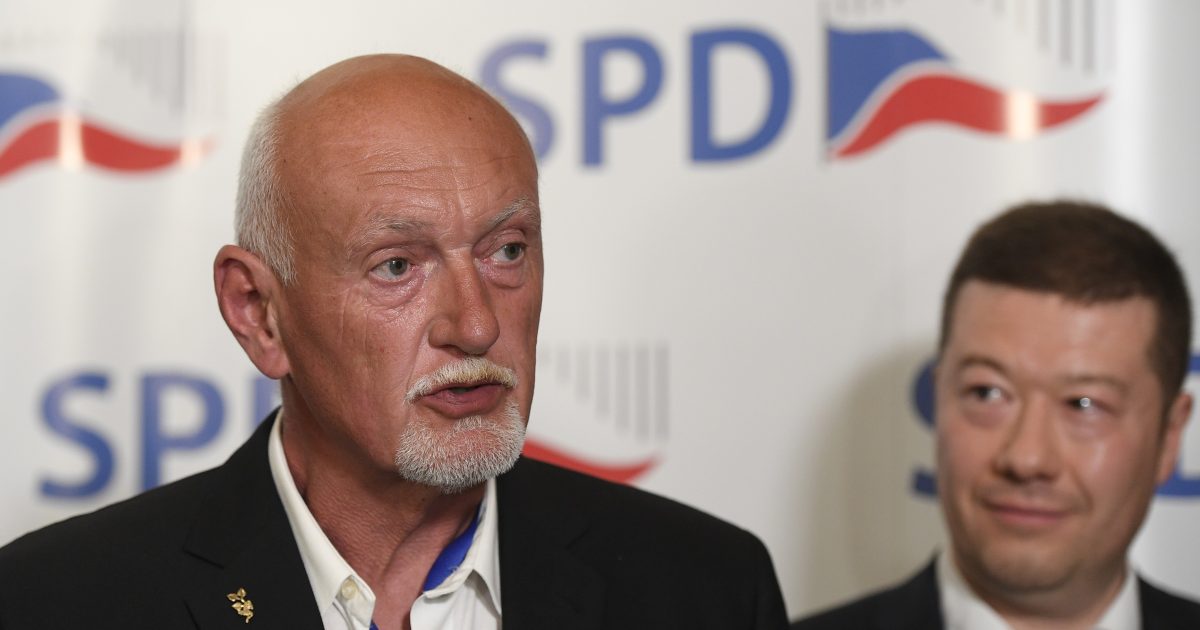 According to Henk Blaschke, SPD leader Tomio Okamura surrounds himself only with people who do not dare to oppose him, interfering in the formation of candidates for regional elections.

Okamura’s trial: The statement about the traitor went too far, and that he shouldn’t apologize to Barandova, is not his success.

Blachko has already announced that he wants to run for president. And Okamura announced, on Saturday, that the movement’s only candidate for the presidential elections is Representative Yaroslav Pashta.

Mr Blachko wrote to Okamore: “Sir, Chairman of the SPD, with this letter, I terminate my membership in the SPD (I attach my membership card).”

“Your movement claims democracy, but the reality is quite different. Regulations allow you to expel members and liquidate regional and local organizations without proper justification. For this reason, you are only surrounded by people who are loyal to you and do not allow themselves to oppose you.”

“Members who do not do this are expelled without mercy, even though they are people who gave their time and money to the movement because they were insisting on the rightness of what they were doing and sacrificing. It was their fault also that they wanted to promote democracy.”

Blachko also criticized the head of the Social Democratic Party for allegedly disrespecting the decision of the movement’s regional organizations regarding the formation of female candidates for the elections.

“You abandon them and install people who are not connected to a particular region in any way, who also come from competing parties, such as ČSSD, ODS and others, who bring the behavior of these parties into the movement. The members don’t like it, and if they don’t agree, they will be fired.” ČTK is investigating Okamura’s statement.

Traitor of the Social Democratic Party

Blachko also claims that the movement’s leadership branded him a traitor when he endorsed the candidate of the Tricolor group rather than the SPD candidate for the Senate. “You mocked me in a rather disgusting way in the council, and today you are associated with the tricolor in many places. I have been a traitor,” Blaschko wrote.

At the end of May, Blaschko announced on his Facebook profile that he wanted to run for president. He called on his supporters to support his candidacy by signing the petition papers.