Trump offered the King of Jordan the West Bank. “I thought I was having a heart attack,” Abdullah II said. 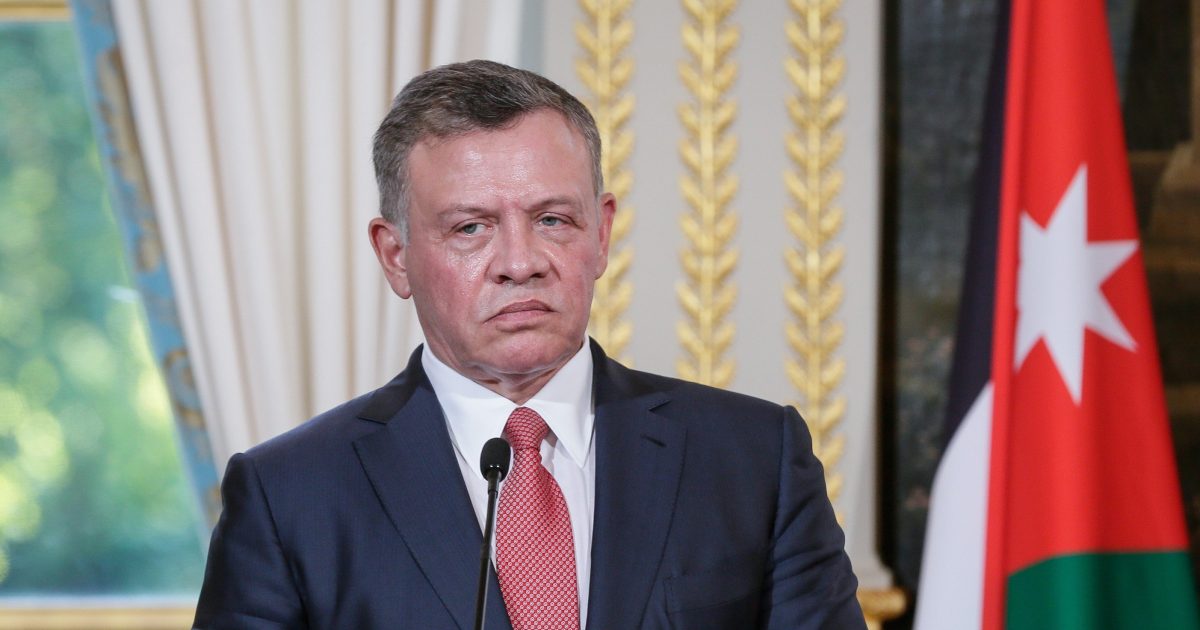 “I thought I was having a heart attack,” Abdullah II told an American friend in 2018. “I couldn’t breathe.” According to the new book, The Divider: Trump in the White House 2017-2021, the Jordanian monarch added that its authors are New York Times reporter Peter Baker and Susan Glaser of The New Yorker.

Hot soil on the river bank

According to a report in the Washington Post, it appears that Trump did not realize that such a move could destabilize the Hashemite Kingdom. More than half of Jordan’s 9.5 million people are of Palestinian origin, some of whom have called for the overthrow of the monarchy.

According to the Washington Post, Trump offered the Israeli-occupied West Bank, which borders Jordan, to the Jordanian king in 2018. This is an area not under US control. However, Trump thought he was doing the Jordanian king a favor.

Israel occupied the West Bank during the 1967 war. The Palestinians on this land want their state. In addition to 2.5 million Palestinians, half a million Israelis live here in dozens of settlements.

Baker and Glaser’s book, a copy of which has been obtained by The Washington Post, is the latest in a long line of deeply debunked behind-the-scenes reports being shown or written by Trump administration insiders. At the same time, some of them claim that they tried to curb the worst instincts of the 45th American president.

The married Baker and Glaser say their book is based on reports they made for the media “as well as nearly 300 original interviews conducted exclusively for this book.”

“We have obtained private notes, memos, memos, emails, text messages, and other documents that shed new light on the Trump presidency,” they said. The reporters also conducted two interviews with Trump at his Mar-a-Lago residence.

According to the British newspaper The Guardian, the book also states that Trump confided to his friends in 2020 that he was afraid that Iran would try to assassinate him in response to the killing of Iranian elite forces commander Qassem Soleimani. In the same year 2020, by an American drone in Baghdad.

The US Department of Defense said at the time that Soleimani was preparing attacks on US diplomats and soldiers in Iraq and the Middle East. Trump boasted of the hit at a voter rally in Ohio.

“We stopped him, we stopped him quickly and we stopped him in cold blood… He was a bad guy. He was a bloodthirsty terrorist and no longer a terrorist. He said. According to Glaser and Baker, less than a year later, at least privately, Trump was less assertive.”

Ayatollah Khamenei prayed on Soleimani’s coffin with tears in his eyes. “Death to America,” the crowd chanted.

Iranian Supreme Leader Ayatollah Ali Khamenei tweeted on December 16, 2020: “Those who ordered the assassination of General Soleimani and those who carried out it must be punished. This revenge will surely come at the right time.”

Trump and his advisers considered more strikes, but backed off as Trump’s term drew to a close, according to the book. “Trump told several of his friends in Florida at a cocktail party that he feared Iran would try to assassinate him, and therefore he should return to Washington where he would be safer,” the authors wrote.

Another theme featured in the book is Trump’s focus on attacks against perceived enemies and the growing fears of senior officials in his administration.

According to another excerpt from the same book published in August, Trump confided to his chief of staff during his presidency that he wanted his generals to be as loyal to him as the German World War II generals of Adolf Hitler.

#Abdullah #attack #bank #heart #Jordan #king #offered #thought #Trump #West
Previous Post
“There will never be anyone like her again.” Britons in mourning bid farewell to Queen Elizabeth II.
Next Post
Will Peter Fiala send his children to Ukraine? The Prime Minister explained his position on the war