Thousands of negatives revealed their secrets. Pictures of the uprising in Prague, Spartakiad and Zatopka | Currently 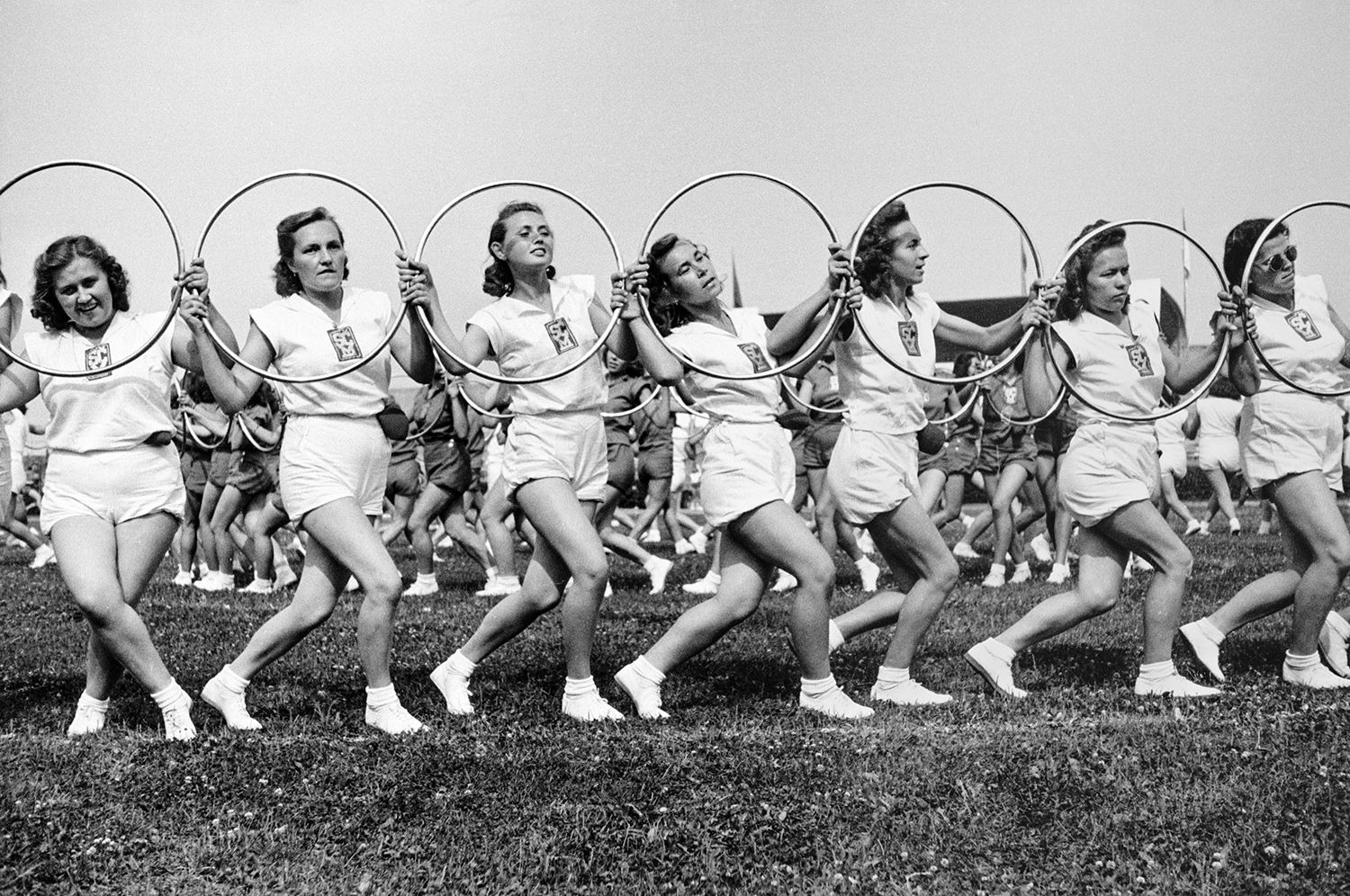 Emile Faik worked all his life as a photojournalist. He left nearly a hundred chests with negatives that gripped life in Czechoslovakia from the end of the war to the Velvet Revolution. Curator Dana Kindrova went through tens of thousands of negatives and prepared an exhibition of the best and most interesting of them called “Alert”. This was exactly what photojournalist Vavko’s credo sounded like.

This year, it has been one hundred years since the birth of photographer Emil Vavko (1922-1997), and the exhibition that has now begun at the Leica Gallery in Prague commemorates this anniversary. Vic, known for winning third place in the World Press Photo competition in 1964, spent decades as a photojournalist for the newspaper Mladá Fronta. Because of the workload that accompanies the life of a journalist, he did not have time to properly discuss and sort out the negatives that he had picked up during his life.

So the family contacted photographer and curator Dana Kendrova, if she would take it upon herself and attend the show. “I had no idea how big it was,” she said. “98 boxes of negatives and other boxes of enlarged pictures were brought in before Christmas.” By the way, Emil Vavik said in an interview with Mladi Svet in 1994 that he filmed about a hundred thousand negatives during his career.

“In the end, there are 107 photographs in the exhibition,” says Dana Kendrova. “I focused mainly on the beginnings of Vavko, that is, from the 1940s to the 1960s. The selection ends with Jean Balach.”

However, this time limit does not apply to sports photos, which were Väfk’s domain. He won third place in the World Press Photo competition in 1964 for his photograph of football goalkeeper William Schrug during an unusual interference (the photo can be seen, of course, in the gallery). Also known for Emil Zátopek’s portraits, it is also referred to as Zátopek’s life history and career.

“During his continued involvement in the Youth Front, Emil Vavik became a pictorial historian of our country’s post-war development. In addition to the Prague Uprising, he captured the communist coup of February 1948, the constructive enthusiasm of the movement. Youth, the construction of heavy industry, the socialization of the countryside, the youth of the world and festivals Students that started Prague in 1947 or all the Spartakiads in Strahov,” explains Dana Kindrova.

Fifik also documented the occupation of August 1968 and the funeral of Jean Balach, but these photos were not published until after November 1989. “As a photojournalist, the diarist, of course, captured not only daily news events, but also absurdities and humor that never stops situations,” said the curator. Life is about writing it.

Emil Fafek was born in Kweti, near Sishani. He trained in retouching and in 1942 was fully published in Germany, where he fled back to Prague in the spring of 1944. At the end of the war, he was 23 and filmed the Prague Uprising. Two of his photos were already published on May 9, 1945 in the first issue of the newly created newspaper Mladá Fronta. Soon, he accepted an offer to become a tribal photojournalist and remained loyal to the newspaper for over forty years.

The Prague Uprising of May 1945. (Sample from the exhibition Emile Fafek: On Alert) .. | Photo: Emil Vavik / Leica Gallery Prague

The title of the exhibition Alert is based on Emil Fafek’s book: 40 let fotoreporterem, published by Mladá fronta in 1985 and prepared by the photographer with fellow editorial Ondřej Neff. The introductory text quotes Favko’s words that a photojournalist should always be “on standby”.

“The photographic legacy of Emil Vavko shows that he has been on the alert throughout his long career, and that many of his photographs have permanently entered the history of Czechoslovak photojournalism,” says Kendrova.