The Russians are kneeling, knowing they are rebelling, but they can’t help but kneel 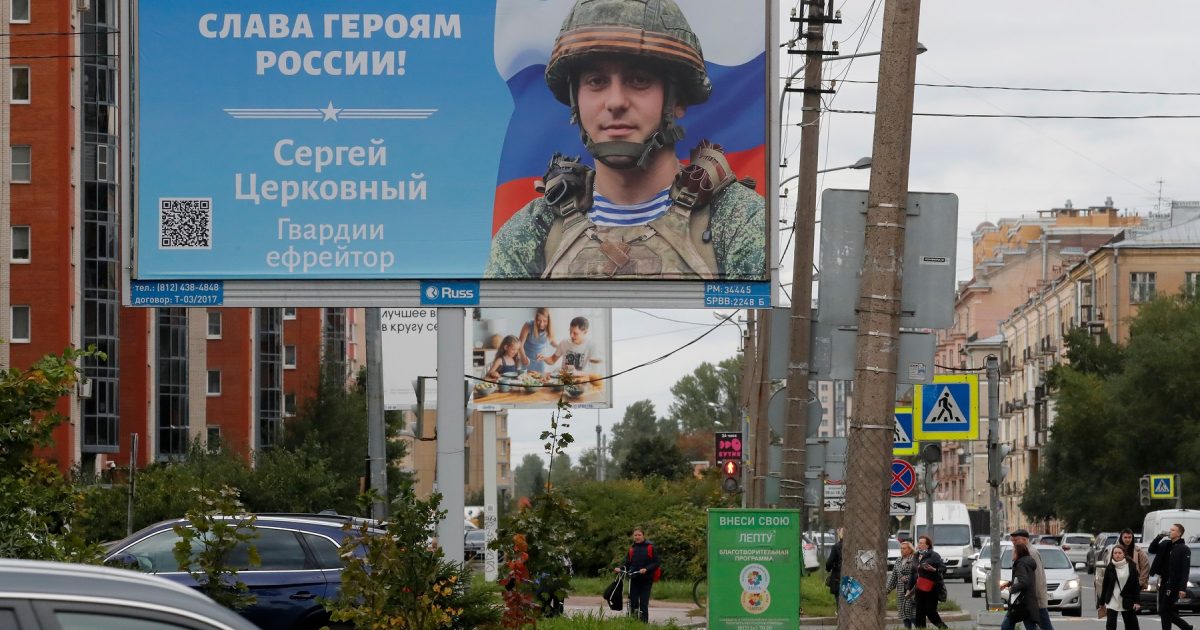 This, of course, is the reaction of the population of the Russian Federation to the so-called partial mobilization announced by Vladimir Putin. It is so named because the relevant presidential decree says nothing about bias.

Alexander Mitrofanov: The Russians are on their knees, they know they are rebelling, but they can’t help but kneel

In the Czech public space, I noticed some predictions that now Russians will finally wake up when it comes to their lives and start a real rebellion against the Putin regime.

Everyone who follows the news knows that no such thing happened. As many times before, thousands of people took to the streets in major cities and the police arrested more than a thousand people.

When these people were badly beaten by the militants, there were many onlookers standing around, and at best, one of them was filming the horror on a mobile phone. Do not rebel.

This is, of course, a message about the mental state of those who went to protest after all. This is a small minority. In the available opinion polls, the mood of Russians is almost divided in half.

Some refuse to mobilize, others welcome it and are ready to sacrifice their lives for the Emperor, the Lord … Sorry for Vladimir Vladimirovich. Others are captured in ever-increasing videos from places where they board military buses and say they are going to shoot themselves.

Opponents, endowed with an adventurous spirit, immediately began to reach the still accessible and penetrating borders of Russia. Finland and Georgia were at a premium until Finnish officials announced that they would close the country to the Russians.

Those who have always preferred to be negative ask, for example, the former editor-in-chief of the banned Echo of Moscow Alexei Venediktov on his YouTube online show. Two questions that impressed me the most: “How did the situation come to what we have today” and “Where are we fleeing and what do we do?”

The American Institute alleges that Russia is violating the terms of partial mobilization. The police are taking the students out of the classroom

Michael Knack, the former editor of the Echo of Moscow and a longtime freelance vlogger, wrote once again that viewers ask him for advice on how to hide from the mobilization. They ask from Russia, but Nak has been in exile in Georgia for a long time.

What is the level of these residents of the Russian Federation and how dangerous this is for Putin, it is not necessary to explain in detail. Zero from zero will do the trick.

It is useful to know classical Russian literature. One of its pillars, Mikhail Lermontov, wrote in 1841: “Farewell, unwashed Russia, land of slaves, land of masters. Farewell, blue uniform, and to you, people who are faithful to them. “

And Mikhail Saltykov-Shčedrin wrote in 1870 about the inhabitants of Hloupětín in the immortal book History of One City (in the Czech translation History of the City of Hloupětín), which in my opinion is the best description of Russia: “They knelt and waited. They knew that they had rebelled in this way, but they could not Except kneeling.”

He knew the classics as Benheim.

The author is hanging on the novinky.cz server

#kneel #kneeling #knowing #rebelling #Russians
Previous Post
Charles III and his friend Vaclav Havel. Thanks to him, the monarch stayed in the Czech Republic five times now.cz
Next Post
Podcast: What’s happening in Valeš in the basement