The Russian withdrawal in the Kharkiv region was more than a defeat. The bulletin describes the achievements of the Ukrainian army 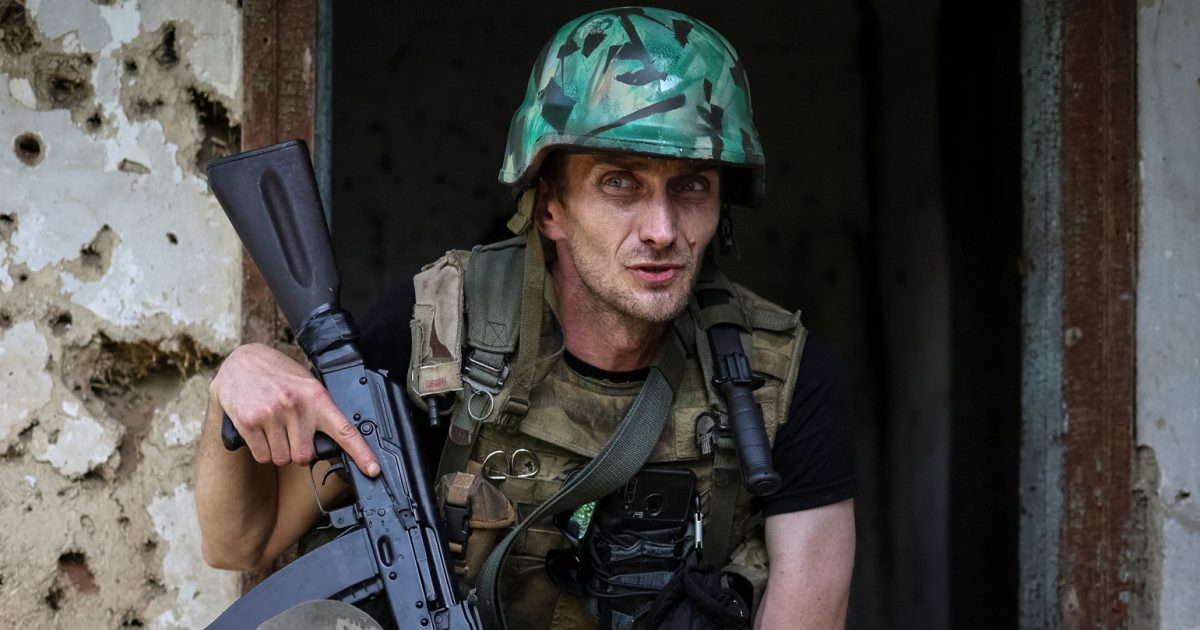 How far have the Ukrainians been able to advance?
It seems that they achieved the greatest success in the Kharkiv region, pushing the Russian army far beyond the Russian borders. There were also some bombings and explosions in the Russian border town of Belgorod. There, the authorities also ordered the evacuation of two villages on the Russian side of the border.

Listen to the full interview with reporter Martin Dorazin

It seems that Russia is moving its forces towards Donbass. According to available reports, they are leaving behind military equipment. The retreat in the Kharkiv region was more than a dash. Ukrainians also scored success in the south of the country in the Kherson region, where they managed to liberate other villages. And still the capital of the region Kherson in the hands of the Russian occupation army.

Unfortunately, the situation in Donbass has not improved much, and is only getting worse. Pavel Kirilenko, head of the Donetsk Regional Military Administration, reported that five civilians were killed there in the past 24 hours. Three died in Vohlidar, one in Yuryvka and one in Sloviansk.

From there, my colleagues and I moved to Dnipro only yesterday. The situation in Slovakia remains very critical. The whole city is bombed practically every day, and the situation is worse in neighboring Bakhmut, which is directly on the war line.

Russia is using all the weapons at its disposal there. So far, the Ukrainians have not managed to push the Russians to a safer distance. In some places they have success. Not far from there, for example, the city of Svjatohirsk with a very famous lava, a beautiful church building. In this vicinity, according to the information received this morning, the Ukrainians also occupied the other occupied bank, the opposite bank of the North Donets River. But most of the city was destroyed.

Russian conditions are unacceptable to Kiev

Russian Foreign Minister Sergei Lavrov has hinted at the possibility of peace talks. How does Kyiv react to this?
In his vague manner of expression, he said that conversations would be fine. The more they delay, the more complicated, if not impossible, they will become. Kyiv’s answer is clear. President Volodymyr Zelensky has confirmed that he is not planning any peace talks with Russia for now.

His condition is the unconditional withdrawal of the Russian army from all of Ukraine, including Donbass and Crimea. Zelensky stated that Moscow’s ultimatum policy was unacceptable to Kiev and that he would not give Russia any leeway to supply its manpower with military equipment. According to him, this is a procrastination tactic.

The Russian defense is the strongest in Zaporozhye

There were reports that Russia was no longer strengthening its occupying forces in Ukraine. Can this be confirmed?
Now we have to wait. The news came from the Ukrainian General Staff. Rather, it seems that Russia is regrouping its forces from the Kharkiv region towards Donbass, which wants to turn it into a fortified fortress and defend itself there until the last moment.

Therefore, Ukraine asked the United States for additional supplies of weapons: ATACMS ballistic missiles and additional ammunition for HIMARS weapons. They are very effective and were well used, for example, when bombing bridges in Kherson, that is, those located between the eastern and western banks of the Dnieper River. On the west bank, it was possible to close the group of Russian troops. According to some information, the Russians want to negotiate, surrender and go to the Crimea.

The United States claims that Ukraine seized 2,500 square kilometers of territory. According to the British, the attack surprised the Russians

The information has not been officially confirmed. It seems that the Ukrainians are planning to strengthen the third part of the front. Now we talked about the Kherson front, that is, in the south, and in the northeast, that is mainly the Kharkiv and Donbass region.

Zaporizhia is still on the eastern front. Today, Russia bombed the city of Nikopol directly opposite the nuclear power plant there, where the Russian defense is considered the strongest to date. It is reinforced with troops from the Crimea, and Russia does not yet intend to withdraw from its positions there. In the Zaporozhye region in the direction of Melitopol, the Ukrainian side has not achieved great successes Not reported.