The people of Izgumo asked why you came. To free you from the Nazis, Russian soldiers responded 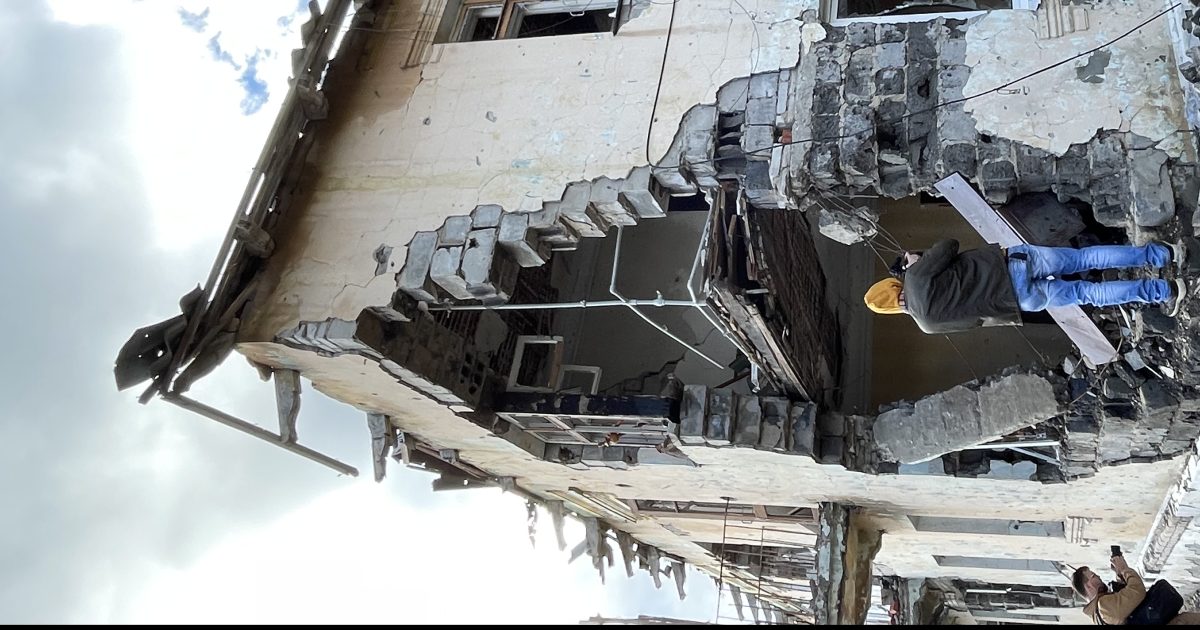 Izgum, the city of true feelings, was the advertising slogan of this beautiful city before the war. So far, these inscriptions can be seen, but now they are feelings of a different kind.

There is a five-storey apartment building, but the middle part of it is missing. Through it you can see far into the area. The open and bare walls of the apartments remained.

People used to live here happily, now I can see in their vaults. They stored books on the third floor, next to it was a children’s room. It is unclear whether the people survived.

According to Olena, a spokeswoman for the Kharkiv police, the authorities do not yet know how many people died in these houses. Everything is very fresh. 47 people were rescued from the second home. An aerial bomb hit both houses. It flies all five floors, all the way to the basement.

The house next door is more charred on both sides. Scattered on the ground are the personal belongings of the people who lived there. Here there are things for children – games and textbooks.

People come to the main square of Izgum, which is lined with the charred ruins of buildings – the town hall and town hall. The sun is shining over their heads, and they are no longer afraid to go out of their homes. They argue in groups.

The bombing destroyed the wires at the Zaporizhia nuclear power plant, and the reactor was operating with emergency power

Anatoly lived in Izjum almost all his life, and was also here during the Russian occupation of the city. “During the first raid they dropped two aerial bombs and destroyed the whole neighborhood. It was at the beginning of the war – in March. Then the fighting began between Ukrainians and Russians. My wife and I were hiding in the basement of our family’s house. Food supplies helped us. I personally support Ukraine, but we had collaborators.” Here, like nowhere else.”

He was said to have been trying to talk to Russian soldiers. He asked them why they came here. According to him, they all answered in the same way: “We came to free you from the Nazis.”

“What kind of Nazis are there? Someone came up with something, turned our lives upside down, and ordinary people paid the price. I regret that they bombed the restaurant, shops, clinic and many historical houses built before the October Revolution. But I feel very sorry for the many people who died. All Something that can be restored or rebuilt, but no one can bring people back.”

#asked #free #Izgumo #Nazis #people #responded #Russian #Soldiers
Previous Post
Barak also negotiated with Napoli, but praised his move to Fiorentina. “The team plays dominant football,” he says.
Next Post
At a meeting of the UN Security Council, Lipavsky called for the formation of a court to try Russian aggression