The most important thing is your safety and your combat mission. Czechs train Ukrainian soldiers in first aid 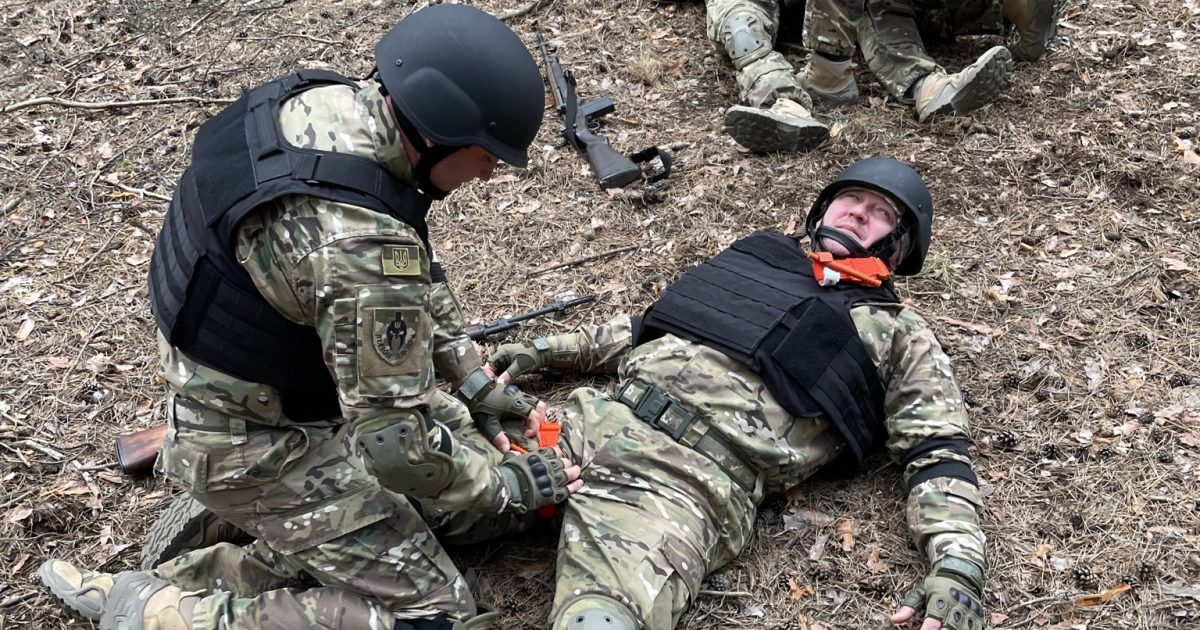 A Czech coach with the code name Taylor explains what will happen today. The training consists of two phases, in the first phase they must learn that if they are in the red zone, the worst war zone, and are injured, they must first help themselves.

Training of Ukrainian soldiers under the supervision of Czech instructors

“Your health is the most important thing to you” is one of the most basic lessons they instill in the soldiers here.

Instructors dispense a tourniquet that they learn how to handle in the first part of the course that focuses on treating injured limbs.

The second stage is how to help others and how to withdraw and find room to maneuver within the entire unit and transport the wounded to a place of relative safety. Only then follow the first aid itself.

Imagine that you are returning from a forest or a field on your own when a mortar attack begins in it. You have an injured left arm and thirty-five seconds to strangle your arm with a tourniquet. The faster you can do this, the less blood you lose and the better for you,” Taylor sums up a typical situation. “It will start as soon as I say.”

Training is complicated by the fact that Taylor’s words have to be translated into Ukrainian by an interpreter. Some understand Russian more, others understand Ukrainian. However, Czech teachers move well in this language environment and can communicate in both languages.

Soldiers begin to manipulate the gangs. “It is very painful, but necessary when done correctly. It hurts more in the groin than in the hands.

Another part of the training is finding a friend who is wounded in combat conditions. The most important thing is to realize that at that moment your safety and the task of fighting come first, the injured person can wait a while. “If a soldier forgets this, there will not be one corpse in an instant, but two.”

“Preparations have to be quick.” The EU defense ministers agreed in Prague to send a training mission to the Ukrainians

There may also be a situation in which the wounded person does not recognize his colleague and tries to use his weapon against him. The following example is for how to proceed in such a case.

A soldier may never take off his weapon himself, or even put it behind him, because someone may steal it from him, for example during the treatment of a wounded person.

So he has to throw his weapon on his back and secure his companion’s weapon by kneeling, for example, so that it is still under control.

And how the Ukrainians performed in the practical test and what mistakes they made, you will find in one of the other reports.