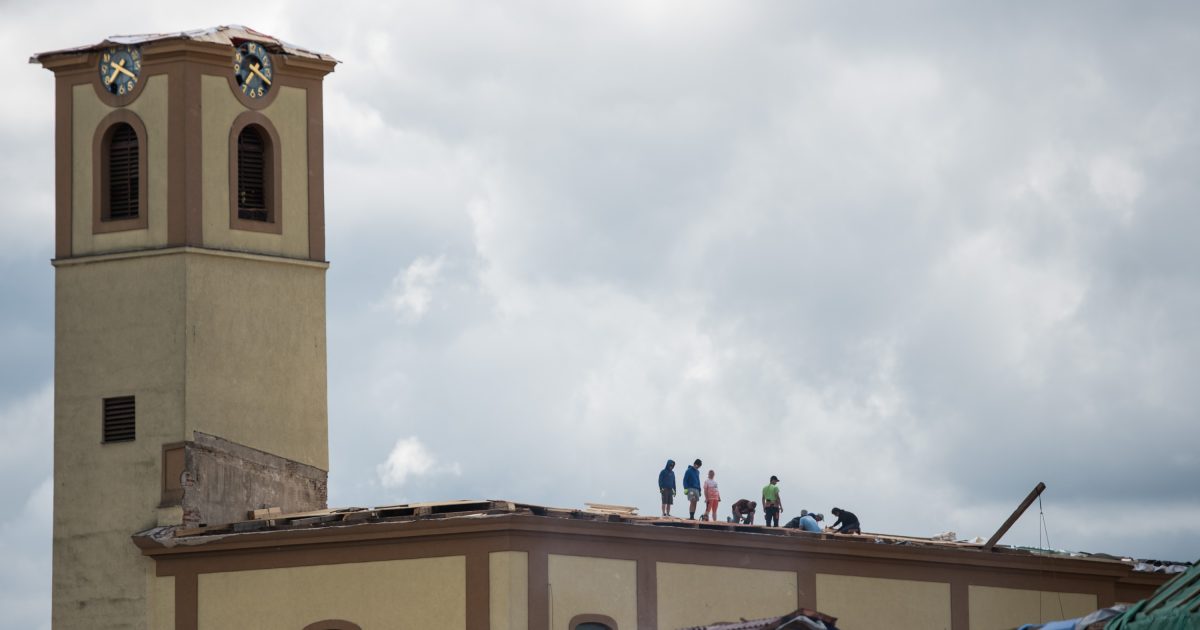 There are a total of nine political entities operating in Moravská Nová Ves (in addition to the debate participants, there is also the SPD movement and are independent of Moravská Nová Ves and the municipal election). However, all representatives unanimously agree that it is not so much in their case.

Photo: What do villages look like a year after a devastating cyclone? The work is not finished yet

“People became very active after the cyclone. They want to do something here, change it, improve it,” explains the village mayor, Marek Cuchot (Together and Responsibility).

And Bohumir Bezschleba of the German Communist Party also agrees: “The main theme of this year’s elections is the same for everyone. Everyone wants to assemble the Moravská Nova Ves as quickly as possible. The houses have been restored, and now it’s time to take care of the village and give it a new look.”

Jiří Fila (Independent Candidates for Better Moravia) also agrees: “We wanted to offer our activity, our energy, our experience and our skills, and also provide a new direction in the town’s work.”

Martina Emrichova (ANO 2011), a member of the local council, sees another reason: “This is also due to the residents’ dissatisfaction with the municipal administration.”

A couple lost their home in a hurricane, during the construction of a new house, workers undermined the neighbors and one of the walls collapsed

Zuzana Janáková (Prosperující Moravská) reacts similarly: “Our movement arose precisely because of insufficient contacts between the municipal administration, the association or perhaps the school administration. Unfortunately, we lack more personal contacts with citizens.”

Optimism in the sweat of the face

Last June, Moravska Nova Ves not only suffered massive damage, wounded and killed, but also experienced a massive wave of solidarity and belonging. And people still help each other today. “People have really endured it,” admits Květoslav Hřebačka (Strength for Regeneration).

“However, after a year, you can see the extreme fatigue in their faces. After all, it is very difficult to build an entire house, the whole neighborhood, in a year.”

Bohumír Bezchleba (KSČM) is convinced that it is difficult for the municipality to remove fatigue from the people, but it can help in its own interest. “The temper of the people is half and half. Those who have built are in theory. But the fatigue is terrible. The people lack mental stimulation, they have nowhere to go, where they can have fun. The center of the village has fallen, where people used to go for recreation.”

How does the party composition, age and gender of female candidates differ? My million politicians in a clear application

However, Martina Emrichova from the ANO movement does not hide her disappointment. “The first two weeks, we all hugged. But then we started to envy each other a little bit. They brought him a new washing machine and not him. It makes me so sad.”

Marek Dvořáček of KDU-SL confirms the same experience. “Consolidation only took a few weeks. At first, there was a lot of work, and people did not have time to think much. Later he was not very optimistic. Although again in the spring they saw continued progress in the construction of their homes.

“It often helps just to talk to people,” notes Zuzana Jandáková (Prosperující Moravská). “The town does a lot. But my experience is that people are encouraged even through simple participation. People come to the town and tell them what is bothering them and we talk to them. I know it takes time, but it is very important for people.”

When two do not agree, the third is missing. Trokavec village without a candidate this year

But now the turbulent autumn is approaching and people will start dealing with the exorbitant energy in addition to renovating their homes. However, the mayor of the village, Marek Cuchot, does not see the matter dimly: “The fixed-term contract has expired. After all, we are going to a price that can be great for the winter. However, in my opinion, it can not fundamentally threaten The restoration itself.

The municipality has already introduced several cost-saving measures during the renovation work. “We introduced potential changes in projects of economical renewable sources, heat pumps, and photovoltaic panels. All homes got new triple glazing, new insulation, and we switched public lighting back to energy-efficient LED technology, so we’re even lower than we used to be.”

In this regard, Zuzana Gandakova (Prosperojící Moravská) is also calm: “Contracts have been concluded, so I am calm in this regard. However, I hope that this ceiling will also help, which has already been approved for municipalities and schools.

#cohesion #Debate #devastated #hurricane #lasted #Moravská #Nova #preelection #Ves #weeks #years
Previous Post
Avast bought the tool I don’t care about cookies to remove cookie bars. Users riot – Lupa.cz
Next Post
An employee of the Ministry of Foreign Affairs worked for the Russians. He had to leave the office