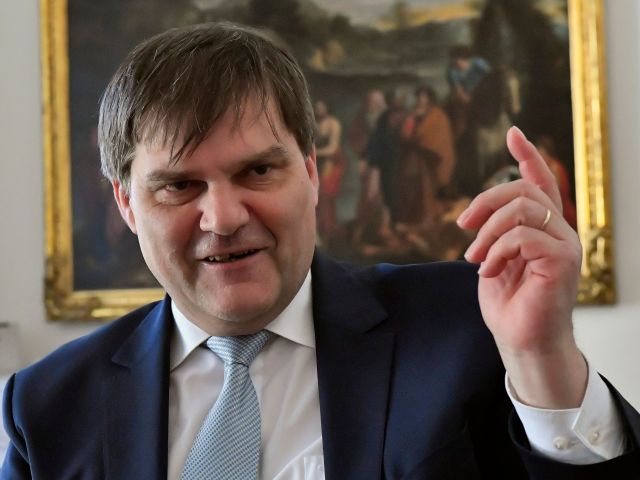 Has been updated 5 minutes ago

Rudolf Zindrak, the current head of the castle’s foreign affairs office, becomes the new Czech ambassador to Slovakia. The Slovak side has already agreed to his job and has given him a so-called agreement, Zindrak confirmed. He replaces Tomas his Tuhy.

According to media reports, the decision to send Zindrak as a diplomatic representative to its eastern neighbors was made by the former government of Andrei Babis (ANO) in agreement with the then incoming Petr Fiala Cabinet (ODS).

Career Diplomat Zindrak has for many years dealt with relations with countries in the Central European region. In the past, he worked as Czech ambassador in Hungary, Austria and especially Germany, and headed the Czech embassy for about eight years. For example, he participated in the preparation of the Czech and German declarations. He also served as Deputy Minister of Foreign Affairs.

He was already about to be appointed ambassador to Slovakia under the government of Bohuslav Sobotka (ČSSD). In 2017, he became head of foreign affairs at the Office of the President of the Republic, succeeding Hink Kmonnicek, who became Czech ambassador to the United States.

Jindrak said he had actually been dealing with relations with Slovakia for more than 30 years, as the Slovak agenda had thwarted all his previous diplomatic functions.

He said he never considered the Czech ambassador to Bratislava a purely diplomatic post, given that Czech-Slovak relations themselves are extraordinary and that there is more-than-normal overlap in the domestic politics of the two countries.

As head of the embassy, ​​he mainly wants to focus on maintaining above-average relations between the Czech Republic and Slovakia. and create the conditions for that,” he said. He added that his family history also has ties to Slovakia, where his mother’s ancestors lived in Slovakia for a long time.

Jindrák will likely assume the position from January. The current ambassador, Tuhý, will lead the embassy until the end of the Czech EU presidency. Zindrak said his appointment in January will give him the opportunity to participate in commemorative events marking the 30th anniversary of the partition of Czechoslovakia.