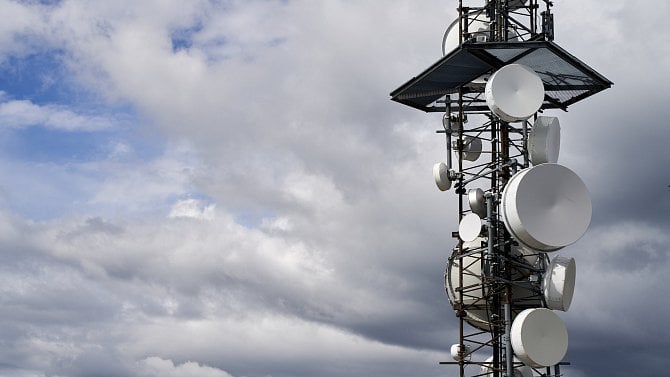 On websites focused on esotericism and personal development, a “revolutionary alignment device” has been promoted for a long time, which, among other things, modifies the “structure and memory” of ordinary water. From the web, he hacked into telemarketing blocks of TV broadcasts, as the broadcaster noticed him while monitoring. You have now commenced infringement proceedings with the remote shopping contractor. Among the arguments about the sales that were supposed to convince viewers to buy the device, problematic health claims emerged.

The promotion of medical devices is one of the most rigorously regulated areas of European media law. This prevents people with health problems or stress from a serious diagnosis from falling prey to drug and device scammers. Sellers try to circumvent this with general claims and balance on the edge of the law. Regulations can stop many problematic products, but they don’t cover everything.

The Radio and Television Broadcasting Council focused on promoting the Somavedic device, which was presented last December in the Vychytávy Extra remote shopping block by Testuj.to. A representative of the company was a guest in the studio and claimed that the device “eliminates the negative effects of electromagnetic radiation”. She convinced the public that these findings “are of course also based on complex knowledge and many years of research that took place in our country and abroad.”

She added her purported personal experience to spark interest in the product. “My kids were sick often. Somavedic Amber came to me, and although I didn’t have high hopes for it at first, even though we had already tried everything, since we have Somavedic Amber at home, the kids are doing much better He recommended the model, whose selling price is close to 50 thousand kroner.

How does “eliminate negative effects” actually work? It is said that the principle of minerals and precious stones is behind it. “There are many metals and precious metals in each piece, and each piece plays an important role. Everything is also set according to Chinese Ayurvedic medicine and according to the results of Nikola Tesla. Thanks to the system in which the stones were placed, the company representative said in a nearly five-minute announcement. The whole family is affected.

The statements about Ayurvedic medicine and the knowledge of Nikola Tesla are so vague that anyone can imagine anything under them. The Serbian Inventor is generally popular on esoteric portals and alternative medicine websites.

By claiming to reduce child disease rates, it appears to have bypassed established regulations. Laws prohibit advertising a health product that is not a medicinal product, a medical device, a medical device for laboratory diagnosis, or a food for special medical purposes, but that pretends to be a product.

According to the manufacturer’s description in the official online store, the product has a silver-plated glass body on the inside. The inside is said to be Tesla coils, gold, silver, palladium, platinum, copper and zinc. The product is said to eliminate the impact of 3G, 4G and 5G mobile networks, as well as “geological breaks” and free radicals. It is said that it “protects the human being at the cellular level”, despite the fact that it sits at the table and does not touch the human body at all. Those who want to “coordinate” the water should simply put it in a cup next to the device.

Due to the distance shopping allegations, the broadcaster also turned to the State Institute for Drug Control to investigate what category the product falls into. If the institute says the product is not a medical device, it will be a supportive argument for the Broadcasting Board in its decision. The Advertising Regulation Act allows for a fine of up to two million kroner.

What about a migraine?

In March of this year, phone shopping convinced viewers that natural supplements would help them treat their migraines. “So we decided to create a distinct group of products, and these products should target the most common problems experienced by the population. The first of this series (…) is the Migreen preparation, designed to suppress and prevent migraines, ”we literally heard it from the screen.

However, even this is a problem from the point of view of the law. No food may be declared as preventing, mitigating or treating human diseases. But distance shopping compared it to medication, and even emphasized the product’s cost-effectiveness compared to traditional prescription painkillers.

In Brno-based Green Idea telemarketing, for example, the following dialogue ran: “This means that your natural preparations are an alternative to many painkilling medications, which I often get only by prescription.” – “In terms of effectiveness certainly in terms of various side effects that are unhealthy for humans, as our product does not cause any other health problems such as digestive problems, liver and kidney stress. It is simply a purely natural preparation that is not addictive and solves the problem beautifully.”

The so-called “relatively comprehensive consumer study” in which the company tested its product was also supposed to attract viewers to buy. The trials included sixty clients, 58 of whom subsequently reported the excellent effects of the dietary supplement. “The only problem most test users encounter is when we launch the product,” said the company representative.

The broadcasting board also drew the attention of the State Institute of Drug Control and the State Authority for Agricultural and Food Inspection to this issue, which can deal with the product within their competences.

“When exercising its supervisory powers, the Council considers consumer protection to be one of its primary tasks on an ongoing basis. The Radio and Television Broadcasting Council indicated in its last annual report that compliance with the legal rules for broadcasting commercial messages is continuously evaluated, but each year the Council selects some specific areas that it pays attention to. growing as part of his priorities. general.


In 2022, it decided to focus its monitoring strictly on remote shopping and advertising broadcasts. “In this type of programme, the regulator often encounters content that violates the rules stemming from the Advertising Regulation Act, or from consumer law and relevant national and community legislation.”

The topic of problematic health claims in remote shopping keeps coming back. Last year, the regulator won the lawsuit against Barrandov TV, which featured a “cure ring with therapeutic effects” through phone shopping. The presenter of the program also stressed that it is not a miracle, but a medicine and science. The court confirmed a fine of 200,000 kroner.