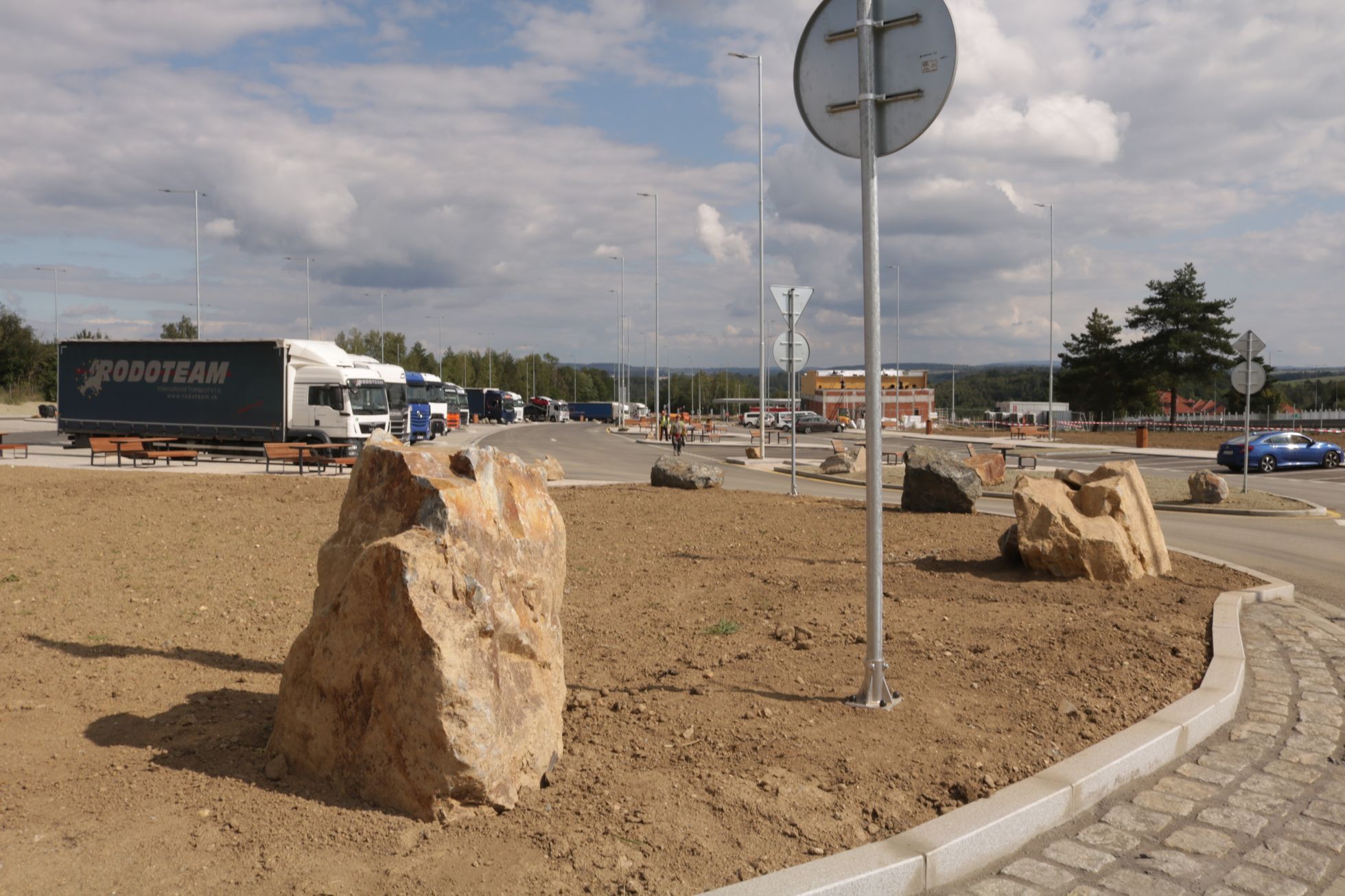 Founded in the 1970s, one of the oldest highway rest stops in the Czech Republic has undergone a radical reconstruction. Střechov is about 52 km on the D1 in the direction of Prague. It will officially open on Tuesday, September 13th, along with a petrol station. KFC will be here soon. A playground for children was built here. Above all, we need to provide more places for tracks that D1 still lacks.

Excavators are still busy, workers are completing the sidewalks, and there is not a single tree in the soil yet. The gas station is surrounded by red and white tape and is gearing up for its first opening the next day. Still, the truck parking lot is more than half full, and drivers are using the space that appeared in D1.

The Střechov rest area, located 52 km from Brno and roughly halfway between Jihlava and Prague, was officially opened for business on Tuesday 13 September, and refueling was also possible. The parking lot was available from the day before.

This place has one of the oldest rest stops on the former Czechoslovak highway, built in the 1970s. For years, in D1 he only had three pumps (Nine Crosses, Průhonice, and his Střechov mentioned above). At that time there were more than normal number of large rest stations, petrol stations and later snack bars in operation and in the 1980s it was a motor station, for example as seen in Italy builds a motor his station as a bridge over the D1 It’s interesting that there were plans to The foundation was built, but the final implementation was never done due to cost-cutting reasons. The publication Highway 1967-2007 mentions it.

The state of rest is no longer suitable for current operations and needs. The reconstruction lasted about five months and cost him 127.9 million crowns before VAT. The space has changed the layout and increased significantly especially for the track. Parking capacity was increased from the original 42 to 98 and a turnpike access road was added to facilitate semi-trailer movement when looking for parking spaces.

The resting area is also easily accessible for those traveling in the opposite direction, as it is connected by road to the opposite road, also known as Střechov, which was renovated in 2019. Telematics has to guide the truck precisely where there is still ample parking space.

Tables with benches for resting and picnicking have been set up along the car stands, which now number 73. Also a children’s playground. However, at the time of its opening, the environment still seemed gloomy, partly because the soil carried along the parking lot had not been planted, and partly because there were no trees or grass. Sitting in direct sunlight without shade is not very comfortable.

According to the ŘSD statement, greenery should be planted in autumn. The islands between parking lots have large stones here and there, and the rest is rough. Traffic signs indicate where trucks, cars, 6 buses, or 10 campers or caravans can park. The right side of the parking lot is surrounded by a gabion wall of about 200 meters, but little separates the highway from the rest area, only a few mature trees. So the most comfortable rest is still D1 Studený with its playground and modern toilets.

But workers here are working especially hard to build a fast food restaurant, with a new KFC branch set to open in November just above a children’s playground. The parking lot next to the gas station is on a small hill, but there are no toilets. Stoppers must use gas station facilities or the aforementioned fast food.

There are no charging stations for electric vehicles yet, but ŘSD says they are ready for construction. “ČEZ has already reserved space for racks for passenger cars and in the future also for trucks. Official contracts will now be issued to the operators,” says ŘSD. spokesperson Jan Studecký explains.

According to him, the number of truck parking spaces at the Střechov Rest Station has almost doubled, but it is still not enough. “The number of places for trucks is insufficient. Currently, it is estimated that about 1,500 people are missing in the Czech Republic. It’s been increasing every year through the construction of new sites,” he says. According to Studecký, highway rest stops now have 3,042 truck parking spaces, compared with 2,660 in 2018. An additional 339 spaces are currently implemented.