Packing or a little naive optimism 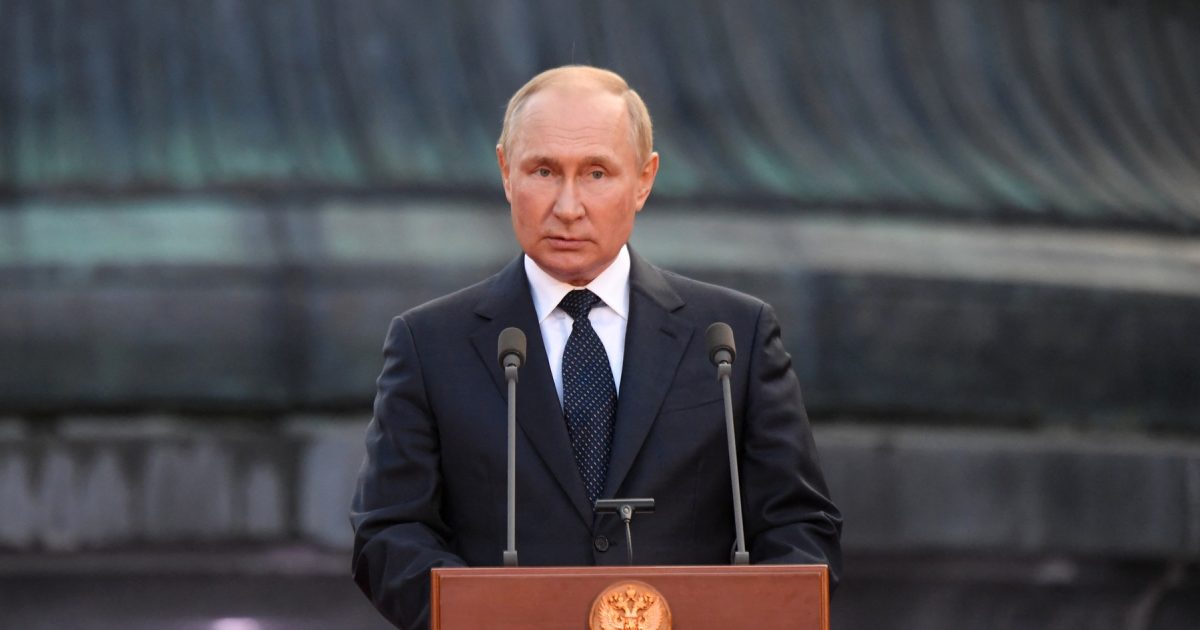 For half a year, we have been thinking about what the Russian president will surprise us with. On closer examination, we find out that he surprised us only once in a while, and that was when it turned out that instead of cutting off another part of Ukraine, he started a real war against the whole country. Since then, he’s only doing the things the situation forced him to do. So it is unpredictable, quite the contrary.

Not mobilizing for anything other than war

The moment he went to war, like hundreds of military leaders and statesmen before him, he limited his freedom of decision, and, as the past shows, he reduced it much more than he intended.

Because war means that from a certain point you only interact with forces beyond your control by nature, from the enemy to the weather.

So now there is partial mobilization, restrictions on gas exports to Europe, the announcement of the annexation of part of Ukraine by “referendum” to the Russian Federation – and signs that Moscow will not lose, even if the worst happens. These are threats, but they are mostly indications that he has nothing to surprise him anymore.

By deciding to cut off gas supplies, Putin has hit a dummy nuclear button to detonate any Russia’s future economic prosperity. Perhaps Russia does not need to be a military power so much as it needs a constant flow of money for raw materials. However, the reputation of a reliable supplier is long gone.

All over Russia, there are protests against mobilization. The police have arrested more than 1,000 people so far

One can only speculate about his nuclear threats. On the other hand, Putin presents himself as the only chess player among world leaders and at the same time tries to maintain the image of a person crazy enough to use a nuclear bomb.

In fact, nuclear weapons only work as long as they still pose a threat. Putin’s chess reputation suffered a bit. We don’t know if his image as a man willing to go down in history will suffer. There’s a good chance that there are people around him who won’t want to go down on a date with him. To be sure, the more we believe in Putin’s threat, the more successful he will be.

Then we have mobilization – non-mobilization for war and nonviolence. Perhaps the reasoning that Putin would not want to declare a real mobilization is correct. It has no weapons for the masses of soldiers, untrained soldiers are useless in modern war, and Russian society will tolerate the killing of Ukrainians, but perhaps not its own sons.

The Russian Army is like a Monty Python knight who has already lost all his limbs but is still fighting. So why the limited crowd which is useless? Because from Putin’s point of view it is logical and perhaps the only possible next step.

The only thing he can do from his point of view at this point is what he’s doing – he’s trying to buy time by maximizing his bet in the game.

Zelensky says Moscow has secretly mobilized before. According to him, nothing changes in the plan for the liberation of Ukraine

That is, pushing the Russian border west into the breakaway regions. raises fears of a nuclear threat or gas shortage in frozen Europe; He gives the impression that the movement of the front can still be halted or reversed as larger numbers of troops pour in – and he hopes this will give him a chance to get a deal that doesn’t look like a defeat in the next six months.

His tactics are quite logical, but also dangerous – for him. First, a high bet means a high loss. If he fails, it will be difficult for Putin to get off such a tall tree.

And secondly, it is clear even to ordinary military that if the Russian president does not surprise us for several months, he probably does not have many other tricks up his sleeve. So it seems that the war is entering its final phase.

Of course, nothing is ever taken for granted. Above all, it is uncertain when all this will appear. Also, when that happens, what will the warring parties be willing to recognize as a sufficient territorial concession or other concession from the other side, or what guarantees will Russia, in particular, give to Ukraine. And perhaps also who will represent the future Russia.

#naive #optimism #Packing
Previous Post
The Prime Minister wants to prevent disagreements in the coalition, which is why we have a deficit problem, says the former Governor of the National Central Bank.
Next Post
It depends on the technique and the length of training, otherwise the reservists will go to the slaughterhouse, the general evaluates the packing