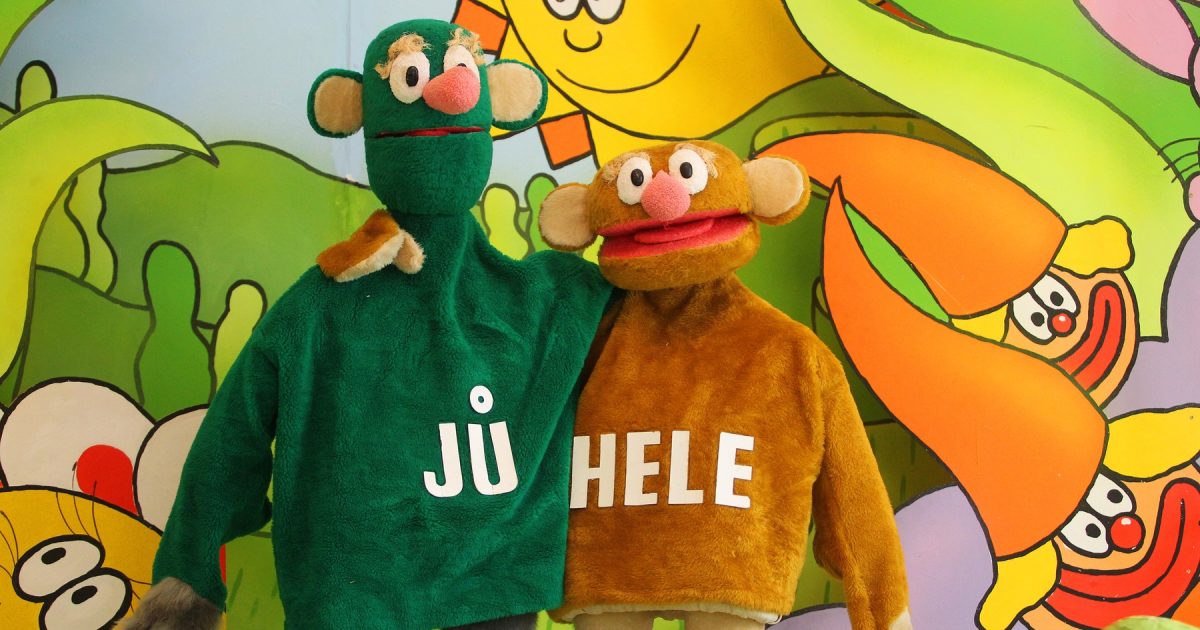 “If someone had told us we were going to do this for a long time,” Girac thinks, “we might have exploded laughing.”

“That’s right. The jõheláci has already been replaced several times, because the marigold will not last, while we are the originals,” laughs Jiří Lábus.

They say they’ve been through many times a situation where people think they are right in the characters’ shoes. “We just read the script, we’re dubbed. Each character is driven by three puppeteers, and they are based on the principle of black theater. One speaks, the other does the hands and the third legs,” explains Labus, adding, “When Jů, Hele and Muf are on stage, it’s The atmosphere is full.”

Lapus and Jirac sit next to the screen while filming. “We respond to what the dolls do. On the other hand, since we are already playing, if we start a joke, they let us make and finish it,” Girac describes, and Labus adds that he once wooed both dolls himself.

Jerry Lapus: You can only learn to act in the theater. But young people will change their minds, and the salaries there are very low

They say they say “Guys, we love you” most often. They have known each other since school, but only met at Studio Kamarád at work. “Jirák was tall and skinny, and I was short and fat,” recalls Jirák.

Jiří Lábus admits he was skinny, but was never very good at sports. “I was so scared when I saw the parallel bars and the trampoline. I just made a star, last time in DAMU, and then I became one.” “Once I did a somersault and I ended up on my back on the piano,” Girac adds.

In Jiří Lábus, Jirák appreciates how active he is. Lapus returns the compliment: “Firstly, Ota is a wonderful actor and secondly, a wonderful painter, who draws great jokes.”

Together they add why they have lasted for four decades as Jů and the stately Hela: “We are not evil. And we love each other.”