My body, my horror. Women’s subspecies 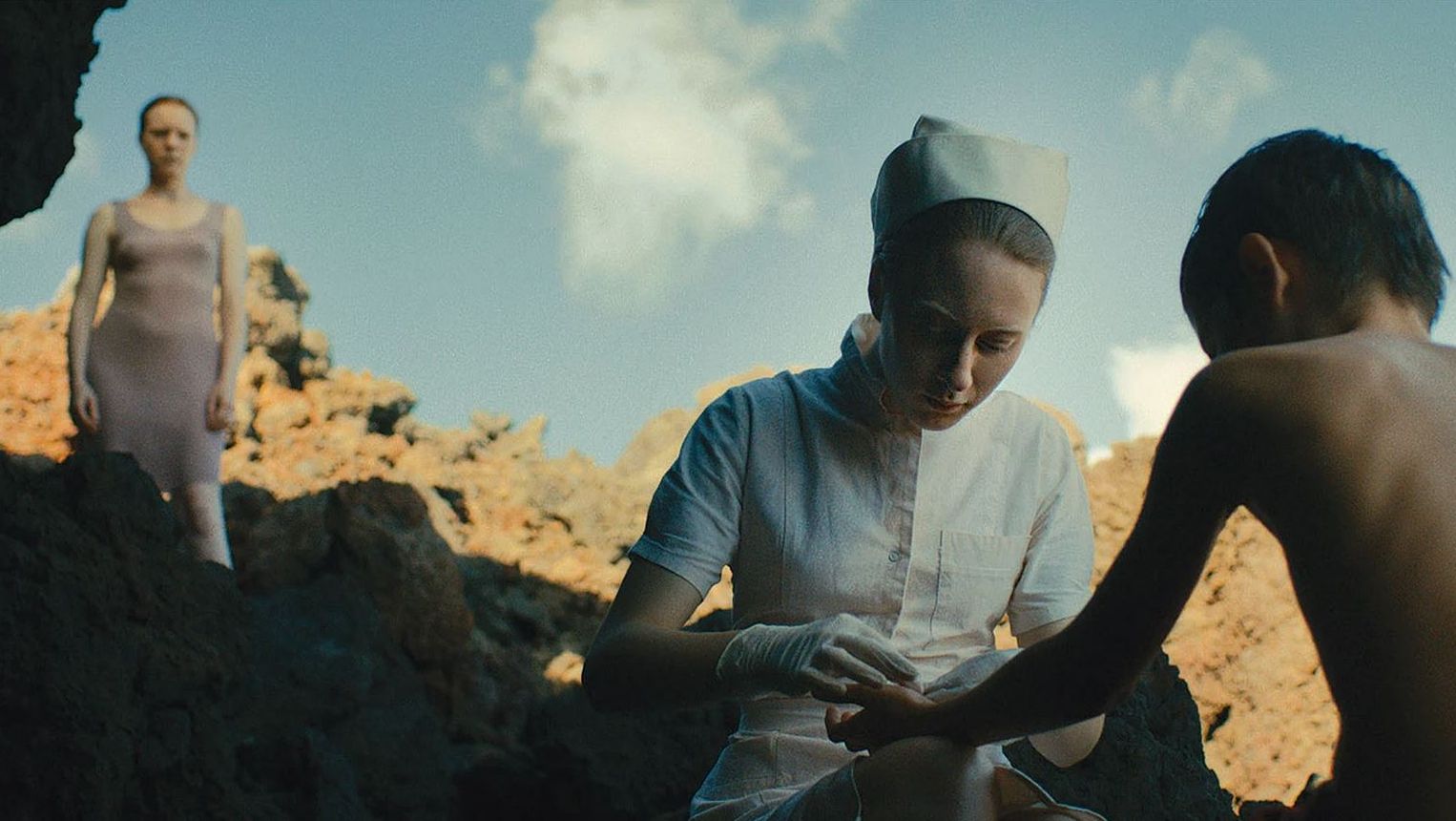 Today, the most prominent female filmmakers of the new generation combine the theme of coming of age in a patriarchal society with emancipation, often against the background of dysfunctional family relationships. At the same time, they use the horror subgenre to express it. On the one hand, their debuts encounter gender bias, and on the other hand they attract the attention of the festival jury, as in the case of Jennifer Kent (Babaddock, 2014), Natalie Erica James (Relick, Relick, 2020) or Romuli Garay (Amulet, 2020). Rose Glass was nominated for a BAFTA Award for St Maud (2019), and Branno Billy Bond received several nominations for a British Independent Film Award (BIFA) with the horror film Censorship (2021).

Suffering on your skin

Their hard-line approach to physicalism has its roots in the French movement known as New French Extremism, from which a group of influential horror writers later emerged. This includes films by creators such as Gaspar Noé, Bruno Dumont, and Catherine Brillat, who share a common denominator of sexuality and extreme forms of violence. Director Marina de Van, who played the main role in her film In my own skin (Dans ma peau, 2002), is also a prominent actress of New French Extremity. The main character is the all-round successful Ester, who leads a completely normal life, but only until the moment when her inability to perceive pain after a leg injury awakens a charm to her body. He gradually isolates himself from society and does more and more harm to himself, which culminates in cannibalism. Thus, the protagonist literally “gnaws” her physical independence and examines what separates the material side from the spiritual side.

Similar to the heroines of their films, the directors themselves also face a certain kind of bias. Julie Ducornu, the most prominent actress of the current wave of physical horror, was asked why a handsome young woman like her is so devoted to the “degenerate” genre.

The tendencies to deal with qualitative extremes are, of course, evident elsewhere in Europe. Dobrou, mámo (Ich seh, Ich seh, 2014) directed by Austrian couple Veronica Franz and Severin Fiala is set on a remote rural farm where teenage twins live with their mother who has just undergone plastic surgery. Her plump face, combined with her strict parenting styles, makes boys paranoid – a swollen monster couldn’t be their loving mother! The gloomy environment of a modern villa with dark interiors evokes sterility and coldness. It is not by chance, according to the authors, that the mother’s face resembles the monsters from the paintings of Francis Bacon. The film ends with brutal scenes in which the twins wear a brutal mask and gradually torture the woman in the hope of discovering the whereabouts of their real mother.

One of the most prominent creators, combining the author’s style and elements of genre, is the French director of Bosnian origin, Lucile Hadjihalilovic. Evolution (2015) is set on a remote island where mothers with strange organ growths on their backs spend their evenings watching Caesarean deliveries and their offspring undergoing bizarre physical experiments. Evolution by nature refers to the surreal tradition, and poetic images of physical deformities reflect the fears of adolescent boys, whose private and foreign bodies are an unexplored landscape.

The author’s latest Earwig movie is a slow-motion horror film to the teeth. His hero Albert takes care of girl Mia in a sprawling house, which includes changing her icicles every day. The routine was disrupted by a phone call asking her to prepare to leave. Long shots of silent, almost motionless figures blending together in Lincian fashion are reminiscent of Wilhelm Hammerschöy’s paintings. The calm dark color palette creates an uneasy and oppressive atmosphere. The horror here comes from women controlling their bodies. In addition to the use of ice prosthetics, Mia is forced to eat a special diet and is given sleeping pills. Its adult counterpart is the local pub Celeste, which is controlled by her fiancé Lawrence. However, both Albert and Lawrence are nothing but Kafka’s pawns in the barricades of patriarchal society, the real monster.

Also from the Balkans is Agia Emi, who made her debut with the physical horror film Saint Emi (Agia Emi, 2021). Its heroines, sisters Teresa and Emma, ​​live in a Filipino Catholic community near the port of Athens. Lemos, like the aforementioned Romola Garai, deals with the themes of migration and the cultural clashes associated with it. While Teresa lives the normal life of a Catholic, Emma possesses mystical powers that help her heal or control the bodies of others. However, with Teresa’s pregnancy, everything Mystic began to be considered a monstrous sin, manifested by bleeding from the eyes or pieces of tissue falling from a healthy body during Cronenberg’s therapy sessions.

Similar to the heroines of their films, the directors themselves also face a certain kind of bias. Even the most prominent actress of the current wave of physical horror, Julie Ducornu, was asked why a handsome young woman like her is so devoted to the “degenerate” genre. At the same time, her interest in horror is long-standing. Already in the short film Junior (2011), she dealt with the nuances of puberty maturation, which she reflected through strange and uncontrollable mutations in the body of the pus-producing teenage heroine. In her first feature film Raw (2016), she develops these themes in the story of naive vet student Justin. A young vegetarian is forced to eat meat for the first time during a cruel ritual by her classmates. The newly awakened desire for physical pleasure gradually frees her from social constraints, and she finally accepts the identity of a cannibal, who has rejected her previous innocence and in her carnivorous maturity experiences new pleasures and tries her classmates.

Ducournau deconstructs the norms of body and sexuality in patriarchal society and maps the gray areas of the body and the suffering associated with it. Her most radical work to date is the movie Titan (Titane, 2021) about serial killer Alexia, who becomes pregnant with a Cadillac. In this case, she is then adopted by an elderly firefighter, Vincent, who believes she is his missing son, Adrien. Alexia undergoes a rhinoplasty, hides her breasts and pregnant belly by tying them down and gradually turns into a male role. However, the expected conflicts arising from the gradual interpenetration of gender differences do not occur, and instead Docornu focuses on the tale of the return of a lost son to a loving father. By winning the Palme d’Or at Cannes, Ducornu underlined the tendency of the younger generation of female directors to work with obscure genres. The question is, to what extent it is a personal style in her case, or, conversely, a well-thought-out pursuit of trends that appeal to festival bodies. The work of the aforementioned directors certainly combines compositional intent with qualitative provocations.

The author is a columnist on the film.

The text was published in A2 No. 19/2022. number with subject Splatterbank Currently for sale.