Moderna vaccines do not cause cancer and infertility. A hoax that has already been debunked is spreading again via chain emails 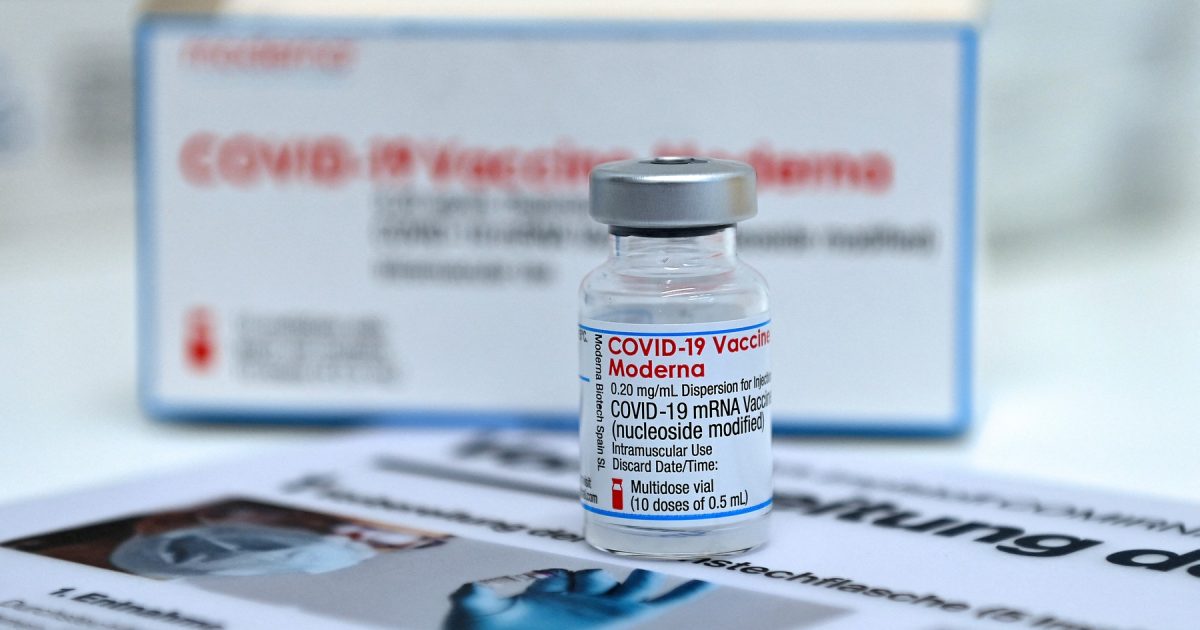 “I would like to show you how to find out what the Moderna vaccine contains,” said a male voice at the beginning of the approximately two-and-a-half minute video, which is again widely distributed by e-mail chain and also found its way into your inbox. Verifier in many versions. At the same time, it is an open and outdated hoax that has spread among people for more than a year, not only in the Czech language, but also in other language mutations.

In the attached video, the man explains how, using a Google search engine, he found one of the substances contained in the vaccine – the so-called substance SM-102 – on the manufacturer’s website, which he says is supposed to be dangerous. This is evidenced by the manufacturer’s safety leaflet.

But as it turns out, the reality is different. As already indicated a year ago by fact-checking servers, including foreign servers, and the manufacturer of the substance itself, the safety warnings given by the man in the video refer to the chloroform solution of which SM-102 is a part.

SM-102 is a fat molecule that does not dissolve in water. It helps form so-called lipid nanoparticles, which are an essential component of the mRNA vaccine. This is because it forms a protective envelope for the carrier of the genetic information of the virus and thus enables it to pass safely from muscle tissue to cell. We report more on how mRNA vaccines work, for example, here or here.

However, the safety risks do not apply to SM-102 lipids alone, which only serves as a kind of protective encapsulation for the safe transfer of the vaccine mRNA genetic information vector, as we have indicated in the box on the right.

How mRNA vaccines work was explained earlier in the trial program by a Radiožurnál reporter, and then the iROZHLAS.cz server published a comprehensive text on the topic.

“The safety report shall list the hazards of each individual component of the chemical product. The Cayman Islands SM-102 (Item No. 33474) report specifically states that the chemical mixture consists of: (As of 7/6/2022 – Editor’s note) of 90 percent ethanol, a common solvent, and 10 percent SM-102. Despite being a common solvent, ethanol has several serious risks that are included in the report,” the company explains, noting that the pharmaceutical use of the substance relies on strict manufacturing protocols to ensure its safety for human and animal use.

These are then controlled by drug registries and health agencies and organizations, including, for example, the National Institute for Occupational Safety and Health (NIOSH), the Register of Toxic Effects of Chemicals (RTECS) or the European Chemicals Agency (ECHA). “They did not mention any risks associated with SM-102,” the manufacturer adds.

After all, this is also confirmed by the Czech vaccinologist Marek Petras. He states that chemicals in vaccines and individual medications should be evaluated according to their quantity and the length of time a person takes them.

“Studies show that this vaccination has no effect on infertility. As for cancer, we do not have direct studies. The problem is that the incidence of cancer is affected by secondary prevention, which has decreased significantly during the pandemic. So it is impossible to say without clear data whether vaccination or Neglecting prevention has an impact on potential cancer in individuals.”

“I will admit that after watching the video and reading the related links, I did not panic. It always depends on the size of the substance or how long it has been used. Then the risks of these substances can be realized. But if we look at the amount of substances in those reports, we will find that it is much higher than we can find In existing vaccines,” the vaccinologist explains, adding that the vaccines are therefore safe.

According to him, the same can be seen in the example of food. “If we look at the composition of food, you will find a whole range of substances that are also considered among the dangerous substances. But in the amount in which they are present, they do not pose a serious danger. In addition, it can be said that long-term consumption of a particular food may pose a much greater risk. than ingesting a small amount of the product on a short-term or one-time basis.

Roman Schlebek, president of the Czech Immunization Association, also agrees with Petras. According to him, none of the phenomena described by the man appeared in the vaccines against the Corona virus.

“In the past and not in the future it will certainly not be confirmed that vaccines cause cancer. The method of withdrawing one substance that is part of that vaccine is not enough by itself. We always have to look at the other substances present, especially their quantities. If the carcinogenic effect of the substance is confirmed by the quantity. given. But in the aforementioned case no danger was observed.”

According to Schlebek, the safety of coronavirus vaccines has also been demonstrated by the number of vaccines vaccinated within two years and the number of adverse effects reported in this ratio.

“Hundreds of millions of doses of Covid vaccines have been administered all over the world. If we just look at the data from the European Union, 155 million doses of this vaccine have been applied there. (Spikevax/Moderna – Editor’s note). A suspected adverse effect was reported in only 0.15 percent. From this report alone, it can be said that the safety profile of these vaccines has been confirmed,” Chlíbek explains to the iROZHLAS.cz server, adding that the benefits of vaccination far outweigh the risks.

In addition, according to Schlebeck, the adverse effects of vaccines are closely monitored. And as he adds, according to the available data, there should be no concern about the consequences that can emerge over time.

“We have hundreds of years of vaccination history, and at that time no vaccine was confirmed. And those modern vaccines contain much less heavy material than in the past.”

#cancer #Chain #debunked #emails #hoax #infertility #Moderna #spreading #vaccines
Previous Post
Ambassador: On Elizabeth II, Charles III. and bastions of property
Next Post
The number of ghettos in the Czech Republic is increasing, and there are already hundreds of them. People have deeper pockets