Military experts believe that at the end of the year, the Russians may have a problem with ammunition shortages 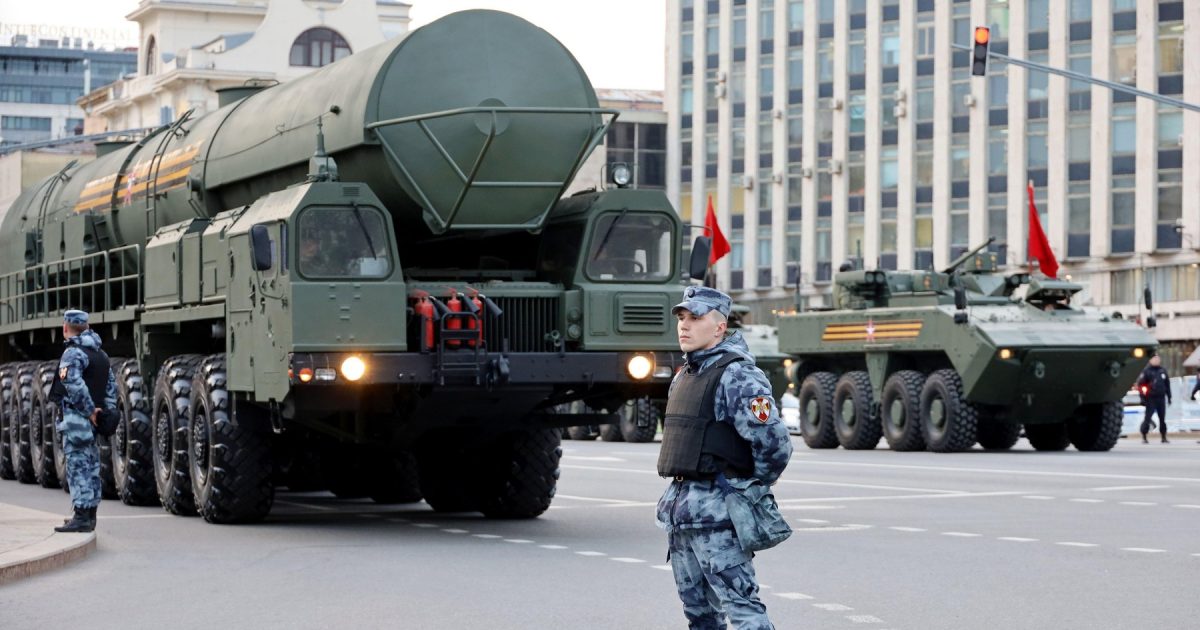 A selection of comments, analyzes and reports from foreign media

Ukrainian President Volodymyr Zelensky said recently that “the occupiers have no and will not have a place in Ukraine.” But the Russian Defense Ministry is talking about regrouping in connection with the withdrawal of its forces. At the same time, it is not at all certain whether Moscow will succeed in slowing the progress of the Ukrainians. Putin’s army is frustrated and has an ammunition problem.

These findings by US intelligence services raise questions about Russia’s image as a global power. The New York Times wrote last week that the Kremlin allegedly ordered millions of artillery shells from North Korea. If this information is correct, Pyongyang will supply Moscow with ammunition for weapons systems that the Soviet Union licensed to the Asian country decades ago, when the founder of the dictatorial regime, Kim Il Sung, was still in power.

“In the current conflict, the Russian forces used up to 60 thousand grenades per day.”

At first glance, such reports may seem questionable. They raise the question of why Russia, which inherited a large number of artillery shells from the era of the Soviet Union, entered into agreements on arms and technology with dictatorial countries. But the agreement between Moscow and Pyongyang is reliable, according to Die Welt newspaper.

shortages in chechnya and georgia

Russia has been complaining about the lack of 122mm and 152mm artillery shells for more than a dozen years, during the Second Chechen War. After the war in Georgia in 2008, one of the Russian experts drew attention to the fact that artillery was forgotten in the Russian army. In addition, a significant part of the Soviet reserves were poorly stored and had to be disposed of. However, the stock was not replenished.

According to Russian military expert Pavel Luzhin, who published an analysis on the independent investigative platform Insider, Russia has not only depleted its artillery reserves in the Chechen and Georgian wars, but also during the interventions in Syria and the covert war in Ukraine that have taken place since then. 2014. In the current conflict, Russian forces consumed up to 60 thousand shells per day, exceeding the consumption of materials in all their last wars.

Luzhin estimates that Russia used at least seven million grenades during the six-month war in Ukraine. At the same time, they manufacture or renovate just over one and a half million and a half annually. According to the expert, this means that by the end of this year, the Russian army will face a significant shortage of ammunition.

“Expanding the stock of the latest Kalibr or Iskander missiles and missiles will be more complicated for Russia.”

There are also problems with howitzers and artillery tanks, which have a limited life. Some of its parts wear out after firing about three thousand rounds. Luzhin notes that the Russian Defense Ministry cautiously alluded to these complications two years ago in its journal. Although it is not known how many weapons Russia actually has in its warehouses, it can still be assumed that the effectiveness of its artillery will decrease by the end of the year.

According to Luzhin, the production of ammunition will be a problem for Russia in the coming years. After 2010, the Russian arms industry relied on Western technologies. However, after the annexation of Crimea, the supply chains for materials and spare parts from Western companies were curtailed.

The Russian arms industry also struggles with a staff shortage as arms manufacturers pay low wages. In addition, their productivity is sometimes no more than a tenth of that of American weapons, adds Die Welt.

Klitschko: The war in Ukraine has no rules. But we will win it, fight for our vision

Only Soviet rocket launcher systems, such as the Grad, are better, which are more durable. However, there may be in short supply of them, such as long-range missiles.

The use of the S-300 and S-400 air defense systems against ground targets in Ukraine is evidence of ammunition problems. Expert Lusin notes that the use of these systems solves nothing, since the stock of ammunition they have is smaller than that of artillery and rocket launchers. In addition, such systems must also fulfill their purpose, which is air defense.

Expanding the stock of the latest Kalibr or Iskander missiles and missiles will be more complicated for Russia. Also in this direction, the largest country in the world suffers from low productivity, a shortage of weapons personnel and dependence on Western technologies. Due to economic sanctions, Russia also has problems with a shortage of electronic components and insufficient maintenance of machine tools.

Despite all the problems, Moscow does not seem to be considering moving to Chinese components at the moment. According to a leaked document published by news site Politico, Russia is looking for components made primarily in the United States, Germany, Japan and Taiwan. According to the available information, China has not yet delivered any weapons to Russia, according to the German newspaper Die Welt.

Jacob Reerrich has prepared for you a selection of commentaries, articles and reports from foreign media.

#ammunition #Experts #Military #problem #Russians #shortages #year
Previous Post
Zendaya. She started as a child star, and today she is opening up about mental health | Currently
Next Post
Opinion polls showed the SPD movement overtook the ODS and finished second to the ANO in the election. Current.cz