Men of Siberia: the fight for what? As for Putin, members of parliament and their yachts? Volunteer to go to the slaughterhouse? 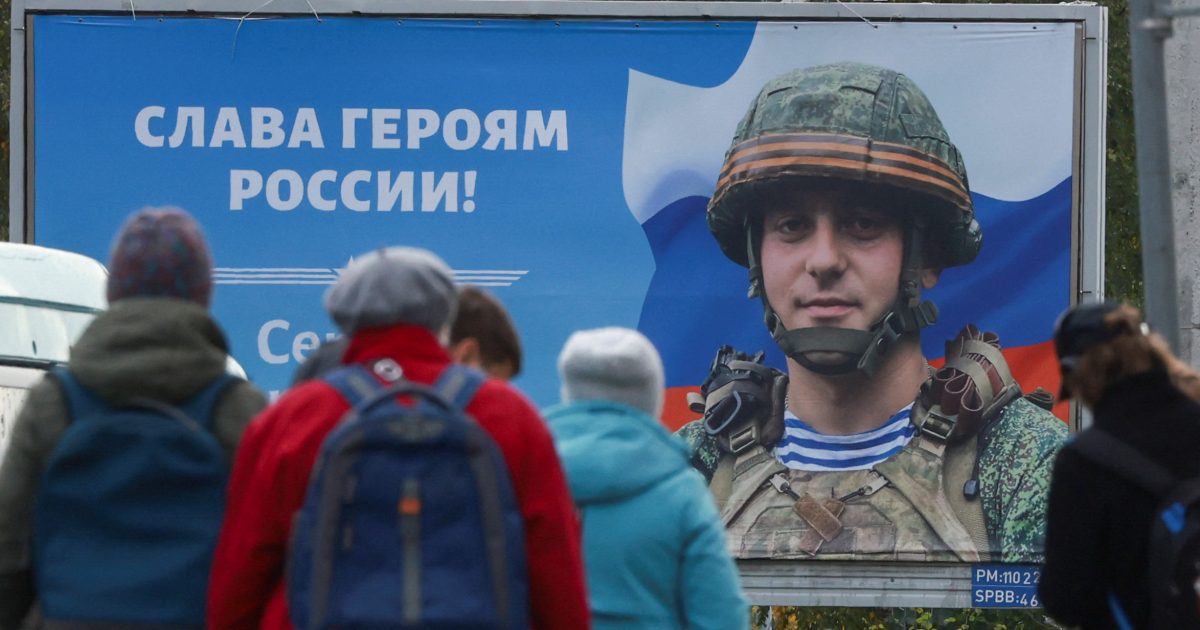 They come from the Siberian region of Irkutsk, are in their thirties, but do not want to go to war under Vladimir Putin. The iROZHLAS.cz editors contacted three men by phone: Igor, Alexander and Joseph.

Because of the partial mobilization announced by the Russian president on Wednesday, they are considering fleeing the country, but not everyone has that option. For security reasons, they appear under pseudonyms, the editors of the iROZHLAS.cz server know their identities.

“I have already bought a ticket and will leave Russia in a few days,” Igor told the iROZHLAS.cz server by phone. He adds that there are hardly enough “contract soldiers” in Russia.

This is why this mobilization occurs. We decided that it was necessary to leave the country, and I would not take part in such a thing. ”

His support is the dysfunctional bureaucratic apparatus of Russia. Igor believes that it will not be difficult to avoid conscription. “For example, it is enough to live in a place other than the place of permanent residence. Of course, this may have some negative consequences, but if you do not want to fight, no one will force you to. I myself decided to leave the country, now we will see if everything is It is going well, ”says Igor.

He says he is not a pacifist, but he will not go to war. “Fighting for a country that tortures my friends in prison makes no sense to me,” he explains.

When asked how far he was willing to go to avoid conscription, he replied that he would leave the country. “For me, I find it very acceptable to find myself in the territory of another country. This is the best alternative for me in terms of mobilization. Moreover, even if I was forced into the army, I would not be willing to fight on the side of Russia.”

He asks himself what he should fight for. “For Putin, for members of Parliament and their yachts? Should I volunteer to be slaughtered? When the situation got to this point, I see no other option than resisting guerrilla warfare. Either you fall to the front or you rot in a criminal house – they gave us no other choice.”

He had not yet considered harming himself to avoid military service.

“Of course, the possibility of leaving the country in this situation happens to everyone, but at the moment such a thing is unlikely to happen. If I somehow wanted to avoid mobilization, I would probably have to quit my job and permanent residence and think about what I would do next – what good could I their achievement of the entire anti-war movement?”

He’s ineligible for military service, but says he still has to get it checked properly. Going to war for Putin is out of the question for him. But he fears general mobilization.

“It’s a terrible idea. I’m a country man, although I’m in the city now. In our village, mobilization is going on at full speed. They are taking parents away from families in war, depriving workplaces of employees – and that will be a big problem for many,” he told the iROZHLAS.cz server. of companies.”

However, he had no idea what he would do. He cannot flee the country because of the great distance from the border.

“I am 500 kilometers or 1,000 kilometers from the border with countries that can be taken into account. In addition, there are long queues for tickets and flights. So there is no choice but to hide or voluntarily submit to the mobilization.”

#fight #members #men #Parliament #Putin #Siberia #slaughterhouse #Volunteer #yachts
Previous Post
There is a fine for posting polls before the election, even if you “just” put them on Facebook – Lupa.cz
Next Post
Improving housing standards is a good step.should follow comprehensive housing policies