Lying has short legs and fear has big eyes. Dora Kaprálová wrote a children’s horror film about a dialogue with a monster 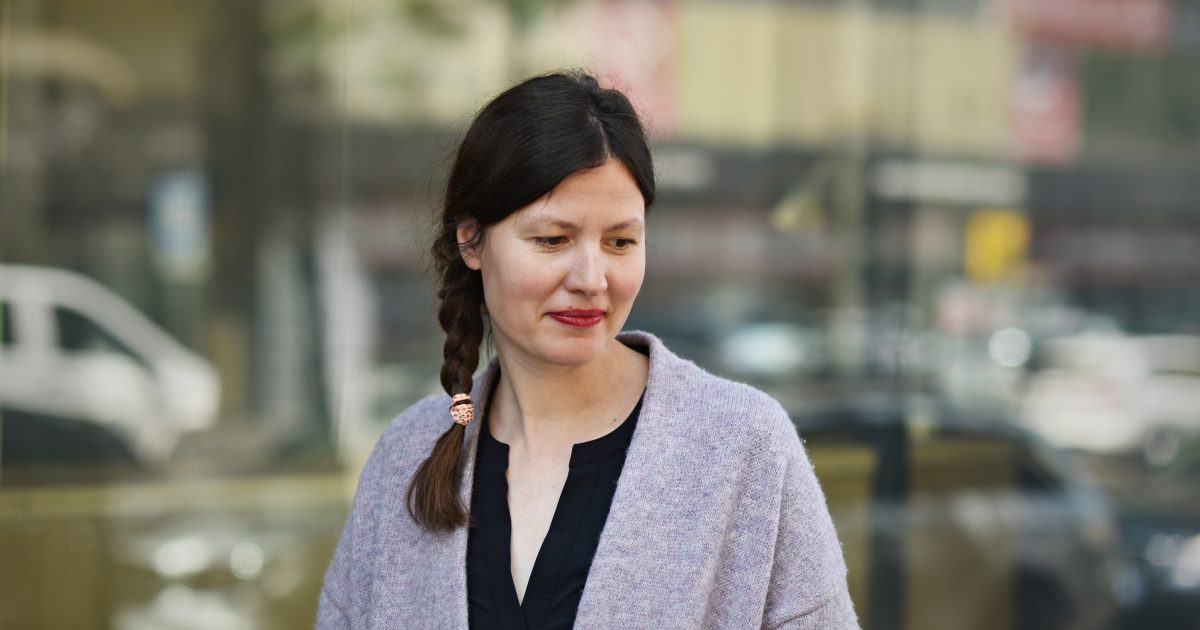 The size of 56 pages only catches the eye at first glance with its distinctive cover, which suggests that it will not be a cheerful or warm read. And indeed – the Berlin-based writer and mother of two wrote, the text of which he dedicated (as the caption says) “a bit of a horror story for children aged 8 and up”, which one can only agree with.

The problematic aspect of Mr. Nobody’s book and the white darkness in its own plot can be seen and the resulting constant from the entire narrative. Peter Nagy reviews Dora Kapralov’s book

As Dora Kaprálová revealed to me in a recent interview, the story in question — which she herself described as a children’s horror film about fear and overcoming it — had finished fall before last, then was just waiting for the agreed-upon illustrations.

It paid off. Daria Shankova, a Russian-born graduate of the Polytechnic University in Prague, has in the past illustrated the stories of Daniel Charms and created a number of author books that have been repeatedly awarded in the Most Beautiful Czech Books Competition.

Her single- and multi-page illustrations of Mr. Nobody’s Book and the White Dark reflect both the ghostly atmosphere of the ghost story and its background. It is a misty autumn night with rain and hail falling on the city.

One of the strongest points of the book is the colorful presentation of the environment and the impressive evocation of the atmosphere of horror, whose tale revolves perhaps too simple about an unwanted night visit to the home of a family of a mother, her two young daughters, and their companion. Currently absent father.

A publishing house in Germany has pulled children’s books based on Vinnetou. Critics resent racist stereotypes

Mr. Nobody, who appears at their door when the electricity in the entire neighborhood goes out and they search for their missing father with increasing concern, is a creature with a truly disturbing appearance and personality. A huge man with a pale face, without an expression on his face and a gray hat on his head, settles in the kitchen uninvited and begins to make sinister and sarcastic speeches with his “strange, stifling voice.”

Lying out of fear

The cruel torments of the stranger force the mother and her daughters to lie – out of fear, they begin to invent and lie to the terrified guest and themselves so that the father arrives soon and the master no one will regret his rude behavior.

This is, of course, a grinder of a monster mill – among spitting black rotten teeth, he begins to describe to them a land called nothingness, where he came from and where he intends to take them, because lying and fear are a ticket to he-she.

Thus, the only chance to save both the girls and their mother is if they stop being afraid, which is easier said than done…

Dora Kaprilova envisioned her text as a story told by an anonymous voice and addressed directly to the reader. Thus, the style aptly resembles a fairy tale told by the child by his parents. However, some doubts were raised from two aspects of her story, namely the targeting of the advertised 8+ children’s reading group and the dynamics, or rather the static nature of the plot itself.

How to buy books correctly? Support your bookseller or publisher, they will pass the money on

Regarding the first point, there are some expressions in the book that today’s children might have a hard time understanding. Will they also understand the comparison to Ugly Wednesday or references to Canada or Armageddon? And, on the other hand, will the unconcealed didactic happy ending, with which the author finish her story, be understandable to them?

Of course, these are rather small things compared to the second problematic aspect of Mr. Nobody’s book and the white darkness, which can be seen in the plot itself and the resulting constant from the entire narrative.

For today’s children’s readers, wedded to adventure stories or fairy tales and comics, isn’t a long dialogue between hero and monster—even if portrayed more dramatically—still too much?

Even if the message of the story itself cannot be disputed, the manner in which it is presented, which in some respects—including its typographical resolution and lyrical degree—is close to poetry, is certainly not entirely aimed at the casual reader. , that is, before the reader.

This, of course, does not mean that Mr. Nobody and White Darkness will not find its audience and that writing for children cannot permanently expand the author’s literary portfolio.