Kalam Galas Palace is open to the public. It is one of the best palaces of his time, praising the architect 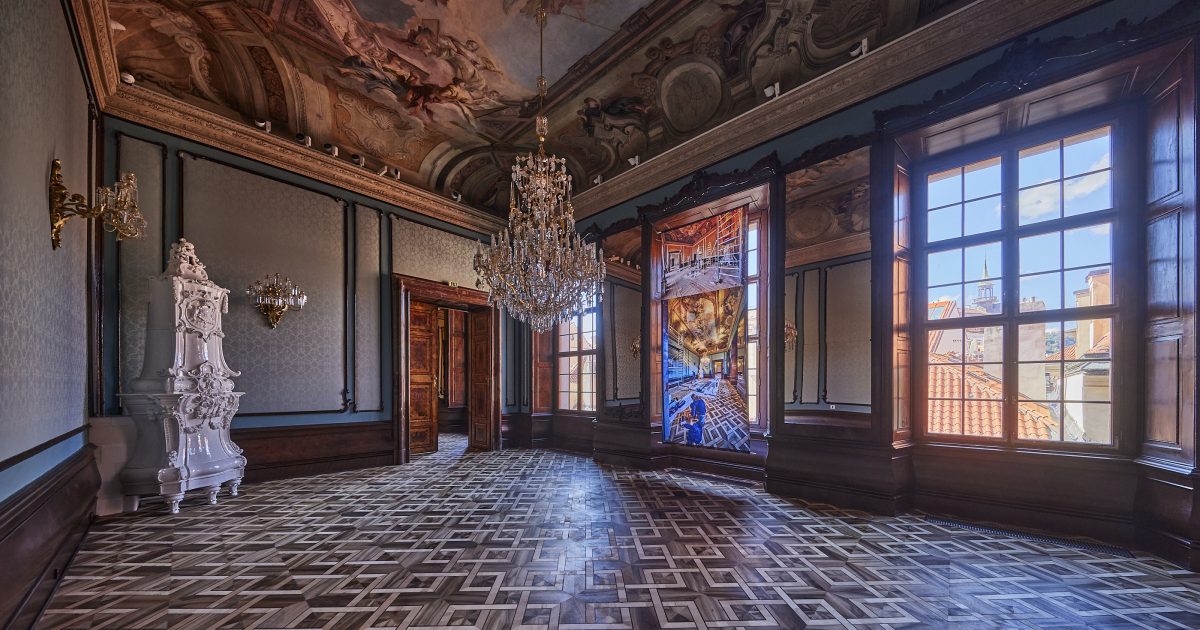 The palace has one of the best preserved interior designs in our country. It is a unique example of the housing and way of life of the aristocracy of that time. It is also for this reason that it should have a palace exhibition in the future.

What surprises did the rebuilding of the Clam Galas Palace, which has housed the archives of the capital Prague for the past 70 years, reveal? Peter Malinsky guided us through the palace

“There are more than 130 noble palaces in Prague, and not a single palace is open to the public. It would be nice to show the way of life of the highest elite at that time also in the environment of the resident cities where they spent the winter, not only in the castles in the countryside where they resided during the summer,” As the author of the article describes. Reconstruction, which is nominated for construction in 2022, architect Peter Malinsky of the Arpem office.

In addition, part of the palace building will be used by the Prague Capital Museum to display its Baroque collection. Architect Malinsky asserts that “the building which has been used for the residence of the count’s family since the eighteenth century, and the rooms of the inn are ideally suited to it.”

The palace was fully equipped in the 1830s, but after 120 years it underwent a remodeling. “We were able to date it very accurately by finding the original newspaper that was used as the background for the wallpaper. It is 1856,” describes the architect.

The main staircase decorated with frescoes by Italian painter Carlo Carlon leads to the most beautiful part of the palace. “It’s a celebration of the ancient gods, and in the High Baroque, it was a welcome refreshment from rigid Catholic orthodoxy,” Malinsky says.

In the hall, formerly used as a photo gallery, the works of Karel Škréta, Petr Brandl, and, allegedly, also, Rembrandt, are once hung. Later, they built a small noble theater in the hall.

The palace was designed for Count Jan Vaclav Gallas, one of the most important diplomats of his time, by the architect of the Vienna Court Johann Bernhard Fischer of Erlach. “He built it principally in Vienna for the emperor, but here he accomplished the most beautiful of what he achieved in Prague. It is one of the best palaces of his time in Europe,” says Peter Malinsky.

As construction continued in the following decades, the palace had to avoid the church as well as the cemetery, which stands on Mariánské náměstí today. And after the Galas family merged with the Counts of Clam family, the palace became the social center of Prague at that time. Mozart and Beethoven held parties here.

For the past 70 years, the archives of the city of Prague have been housed in the palace, which was moved here in 1945 from the burnt out Old Town Hall.

“The archive has done a partial reconstruction, but about 60 percent of the palace remains as it was last painted in 1920. Many paintings from that period have been found. We have also made very interesting finds from frescoes and historical backgrounds.”

However, archaeological finds have also been found at the site of the former cemetery. “Behind the Terezka Fountain in Mariánské náměstí, not only 19 burials, 19 bodies on top of each other, were found in a well of two and three meters in size. But at the bottom, at a depth of about four meters, the original level of the ancient city of the 3rd century was found. ten with traces of the slag furnace after iron smelting, ”says the architect Malenscu.

During the reconstruction, medieval vaults were also found in the palace courtyard, which have been preserved, including the crypt.

#Architect #Galas #Kalam #Open #Palace #palaces #praising #public #time
Previous Post
The Iranian president promised to open an investigation into the death of a detained woman. He admitted the demonstrations but condemned the sabotage
Next Post
Simple lines and huge windows. The new cable car to Petrin was designed by designer Marishova and her team