JLG: Die.The filmmaker who traveled a long way from cinematic imagery to philosophical imagery has died 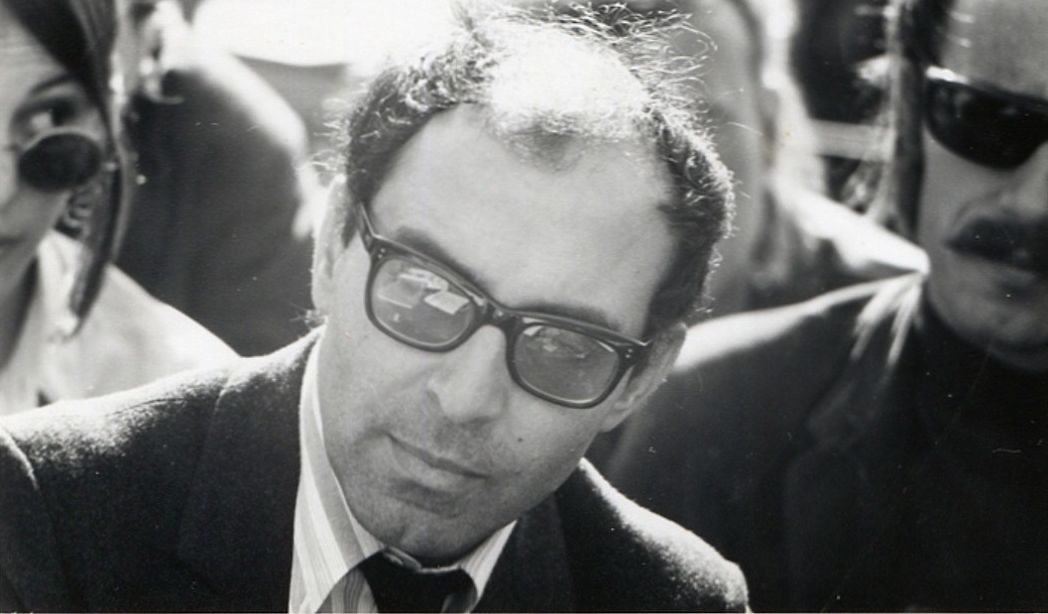 I saw Godard in life in Lausanne in April 2019. The FIAF Award, the award of the International Federation of Film Archives, is given to the world’s filmmakers who have contributed to the preservation and creation of film heritage. Available for current and future generations. Godard’s aura then shone through gatherings of representatives of film archives around the world. Many of them could not resist, if not a selfie with the master, and at least tried to take another photo of this icon. As if it wasn’t enough.

Godard epitomized the radical political engagement of the 20th century intellectuals, but was always contemporary. This is also why he is a good adept for images on T-shirts, mugs and plates. In particular, he has not held a firm position in today’s pop Valhalla. Having greatly inspired society, subverted all establishments, and broken down cinematic narratives into subatomic particles, Godard may aspire to icon status, but his path to cinema is overgrown.

JLG has taken the path of the discoverer, with him, or right behind him, liberated from aesthetics, giving us the opportunity to understand how and why politics has taken over the place. .

As a critic, writer, director and provocateur, Godard has worked in cinema for more than 60 years, consistently and in many different capacities. His work encompasses a wide variety of forms and formats, including feature films, documentaries, statements, television programs, videos, works large and small, famous and forgotten, all consistently free. showing the way. It is not possible to cover all of Godard’s oeuvre easily, some of which are not available today, so we cannot even see the entirety of it, but we can deduce some important features of contemporary audiovisual development. increase.

From story to picture

The first of these is the journey from story to image. That is, from the narration to the composition of layers of images and sounds, albeit non-linear and variously fragmented. They are difficult to decipher because the author himself does not expose them to reason, but to a delightful wave of personal, personal and often intimate associations that treat cultural contexts with great liberty. has come a long way from the image of cinema as a more or less perfect aesthetic object to a philosophical image that defies simple citation and is not easily applied as a cultural reference.

From the early days of Godard’s career, we’ll forever remember individual shots and entire scenes in films like The Breathtaking, Mad Petřiek. Finally, there is a much more incomprehensible assemblage of the films “Socialism” (film socialism), especially the film “Le Livre di Image”, which remains the enigmatic message of the author’s light .

These images are so much larger than the canvas on which they are projected that the relationship between author and viewer is maintained only through mutual love. Love born of passion, interest, and a desire for understanding. Here there are no more posters adorning the walls of people who only dream of courage, and respectable beauties and charming gangsters playing unusual roles. Initially, there were new wave icons like Anna Karina, Brigitte Bardot and Jean-Paul Belmondo. But while the audiovisuals themselves have become tools for exploring society, they remain lyrically anchored somewhere in the adventure.

JLG has taken the path of the discoverer, with him, or right behind him, liberated from aesthetics, giving us the opportunity to understand how and why politics has taken over the place. . He studied society and its rules, structures and hierarchies. At the boundary between public and private, he found space for experimental concepts. This was also reflected in the handling of film technology. Godard explored the possibilities of different video formats, production and post-production innovations, far from his previous love of pure cinematic material.

A similar terrain was explored in the Czech environment by Karel Vacek and Jan Niemek, but both of these creators laughed more at Godard than admired him, but the role of the free intellectual in the same way. was truly alive. (But audiences also turned their noses at them in the most normal way, claiming they were making a great movie, but it was just crap.)

Godard has given many notable interviews in recent years, but in June 2013 he played a particularly notable (and decidedly unplanned) ‘role’. This time Google Street View captured him with a woman, Anne-Marie Miéville, on a town street. of Rolls, a place where JLG has lived for many years and was sometimes sought after by young filmmakers. The 1960s was a prehistoric time, and I’m not quite sure what the term New He Wave means to anyone today. And when I see the Godards strolling down the rue du Temple in blissful mediocrity, I think the new wave ends symbolically on this sidewalk.

A new wave began in the minds and writings of young intellectuals at the Cinemathèque Française and in 1960 at U konze s dech on the sidewalks of the Champs-Elysées with Belmondo and Jean Seberg. The world was open. It ends today, but Godard’s death leaves a gap of hope for modern filmmakers who want their films to convey something, to make a difference.

Godard changed the theme of death throughout his life until he was exhausted and decided to die. I remember him three years ago in Lausanne. He was tired and a little neglected. Much like the videos of the last few years, he showed his lack of interest in social norms, but was curious about the new, but still uncertain. By distancing himself from his ego, he was, for lack of a better word, opening up space for what we call authenticity.

The author is a director, film historian, critic and curator at the National Film Archive.