“It was a Germanic elite, warriors probably from Poland, not native.” They investigated a unique cemetery near Kroměříž 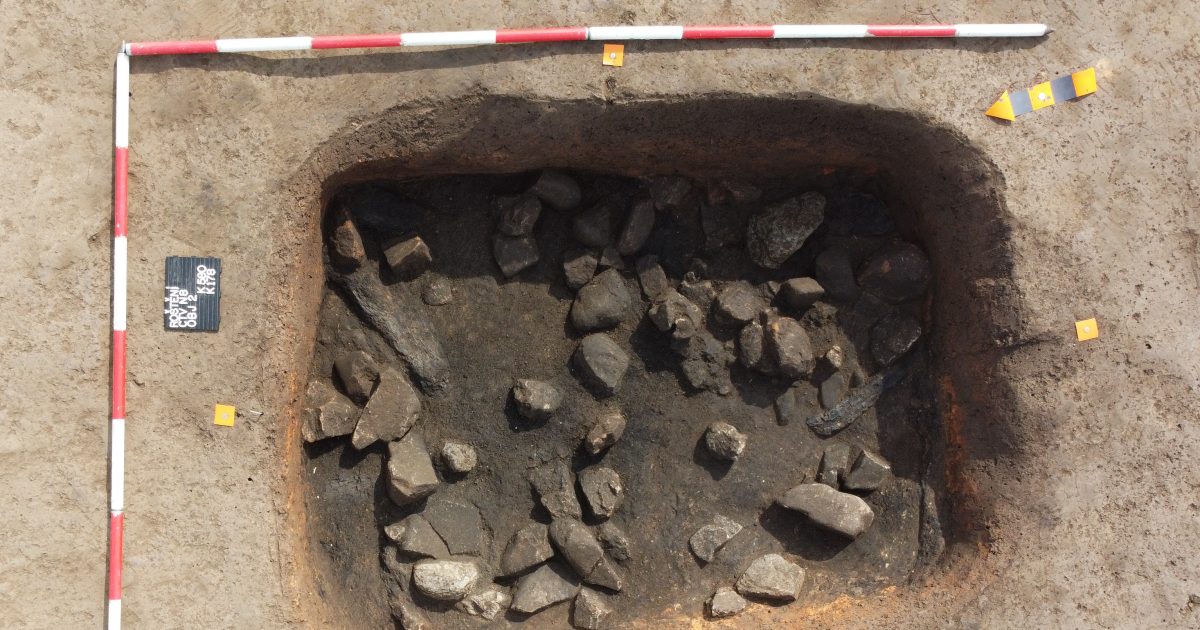 The cemetery dates back to the Roman period, the period of the Marcomanian Wars between Germans and Romans. Archaeologist Zeman describes: “Those who cremated their dead stood there.”

He points out that they were not local Germans. “Instead, a group of fighters would have probably moved here from central and eastern Poland and then fought some battles here—either in the service of the Romans or against them. And then they buried their dead here.”

“We have a large number of bronze and iron spurs here. This proves that the elite of this Germanic unit that penetrated us is buried here.”

According to Miroslav Bublka of the Institute for Archeology Preservation in Brno, the found objects prove that the Germanic group had contact with the Roman Empire. He described the cemetery as one of the most important cemeteries in Central Europe.

Archaeologist Zeeman also talks about the unique find. The Roman historian Tacitus wrote that the Germans cremated their distinguished dead at the border, which was lined with selected species of wood. Unfortunately, he did not tell us about the types of wood,” he summarizes.

“In the crater we were able to explore here, we found five large burnt records. We are able to tell what kind of tree it was through later analysis as well as date it. This means using radiocarbon dating to tell when the tree was cut down with an accuracy of 30 to 50 years,” he expects. Zeman.

There may be as many as 50,000 treasure hunters here, the archaeologist describes. They are a big problem

“It is unique in that it is essentially the first excavated modern hearth, the place of cremation,” the archaeologist asserts.

“From what I have found in the old literature, one such literature was investigated in Slovakia in 1914, in Central Bohemia in 1927 and in 1931 in Kostelec na Hänni. But from these researches we do not even have suitable plans and samples, basically we do not have any Something that is usable. So this is the first hot spot that has been investigated and that we can get additional information,” Zeman highlights.

The burial site near Rustini was discovered seven years ago by an amateur employee of the Institute for Archeology Preservation in Brno. Archaeologists constantly monitored the site with surface collections using metal detectors. However, they kept it a secret so that the detectors would not discover it.

The most comprehensive archaeological search is now made possible by a subsidy from the Zlin region, which has given archaeologists nearly 2.75 million crowns.

The exceptionally rich finds from cremation graves will remain the property of the region after scientific analysis. People will see it in the rhyming branch of the Krumrich Museum. The burial site itself will now be covered by excavators again and returned to its pre-discovery state.

#cemetery #elite #Germanic #investigated #Kroměříž #native #Poland #unique #warriors
Previous Post
“Czechs are a phenomenon of fear of emigration.” The campaign explains to them the tricks of disinformation. Current.cz
Next Post
Czech Post received 4.5 billion from the state for basic services. Approved by the European Commission