India’s prime minister told Putin the time was not right for war. Putin replied that he would end the conflict as soon as possible 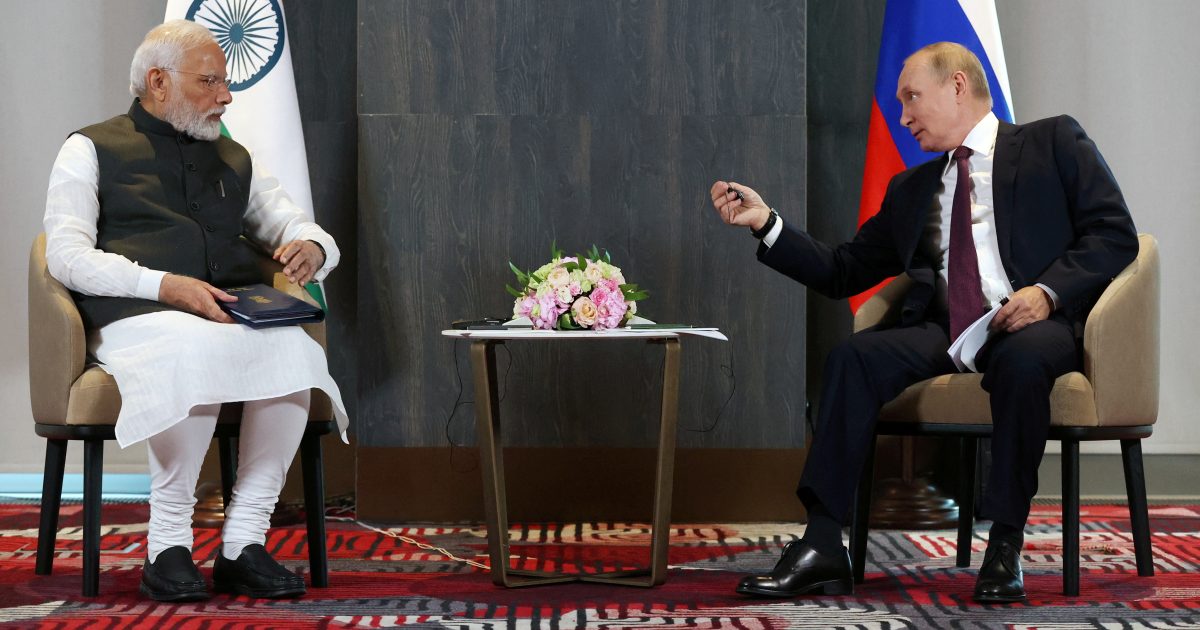 “Now is not the time for war,” Modi told Putin. He added that issues of food security, energy security and fertilizers are the biggest concerns.

India, which considers Russia a strategic partner in its security sphere, after the war in Ukraine did not explicitly condemn. But the former Indian ambassador to Russia, Pankaj Saran, rated Modi’s remarks today as very sincere, AFP writes.

According to the former ambassador, the Indian leader noted that the situation around Ukraine is causing problems for the developing world. At the same time, he made it clear that Delhi would like to resolve the conflict in Ukraine through dialogue and diplomacy.

“I know your position on the conflict in Ukraine and understand your concerns,” TASS news agency quoted Putin as saying.

“We will do everything in our power to finish everything as quickly as possible,” the Kremlin chief said. But at the same time, he added, Kyiv rejects diplomatic negotiations and is trying “to achieve its goals by military means.”

Putin said the West is selfish and sanctions against Russia are illegal. Offer thousands of tons of fertilizer to developing countries

In the first weeks of the war, which Russia began with its invasion of Ukraine at the end of February, several rounds of negotiations took place between Moscow and Kiev on a possible settlement of the conflict.

But in recent months, the warring parties have not held formal talks with each other.

Ukraine’s Deputy Prime Minister Olha Stefanishinova told France 24 television this week that Moscow has recently been urging Kyiv to return to the negotiating table in an attempt to stop the advance of Ukrainian forces behind the scenes, but refuses to do so under the circumstances. .

Chinese President Xi Jinping also met Putin in Samarkand on Thursday. The Russian president told his Chinese counterpart that he appreciated Beijing’s “balanced” stance on the war in Ukraine.

Then Xi Jinping assured Putin, according to the DPA, that China is ready to join efforts with Russia against the United States and other Western countries whose relations with Beijing and Moscow have soured.

The Russian President will also have, during Friday, to speak with his Turkish counterpart, Recep Tayyip Erdogan.

#conflict #Indias #Minister #Prime #Putin #replied #time #told #war
Previous Post
Should high school students read about a 13-year-old girl’s relationship with a 50-year-old teacher? This room cannot be eaten is a literary sensation
Next Post
In Russia, there have been surprising demands for President Putin’s resignation