Historic Silver for Vaco. The Czech rider finished second in the World U-23 Road Race Championship 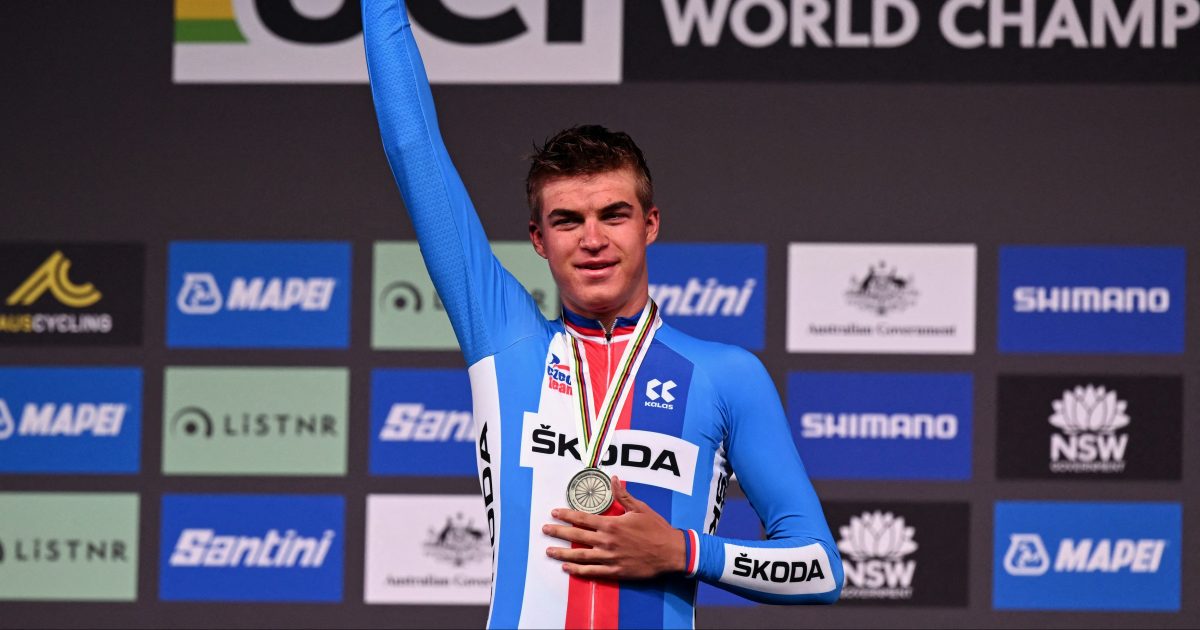 The successful performance of the Czech youth was confirmed today by sixth-placed Pavel Pettner, who reached the finish line with the group vying for the bronze medal, just three seconds ahead of the winner. Jacob Opalik took twenty-sixth place.

The four-hour race was 169.8 kilometers in rainy weather and was accompanied by many falls. However, the Czechs were very clear in it. Peter Kleiman was in the refugee group for a long time, which finally took the 47th place.

However, towards the end, Vacek took the lead. Climbing eight kilometers before the finish, only Fyodorov was able to catch up with his stride, and the powerful duo led the escape to a successful finish.

Although it seemed that Vacek would go for gold from the second most advantageous position, he was not satisfied with Fyodorov’s start and had to settle on silver.

Fyodorov defeated Vak in the end

“I was hoping to win, but the competition is huge. I tried to do my best. In the end, I thought I could do it,” 22-year-old Fyodorov said in an interview after the race, “It was just a matter of who had more power left.” .

Other Czechs did not disappoint

Another ten places for the Czech team in Wollongong were achieved by young Pavel Novák in today’s opening race. He took 10th place in the race with a collective start of 135.6 km. German Emil Herzog won.

Novak followed 4th place for junior Ilyshka Kvasnikova and 9th place for Mathias Vaak in the men’s under-23 class of time trials, reaching the finish line 55 seconds behind the winner of the group battling for bronze. In the end, the third young man from the fencing with the chronometer Herzog defeated the Portuguese Antonio Morgado. The third was Vlad van Mecklen of Belgium.

Other Czech competitors did not lose either: Milan Kadlik finished 16th, Martin Barta 25th, and only Autoban Teleko finished the race.