Developments in Ukraine are a nightmare for Russia. The analyst says Kyiv has a few weeks to make the next major transformation 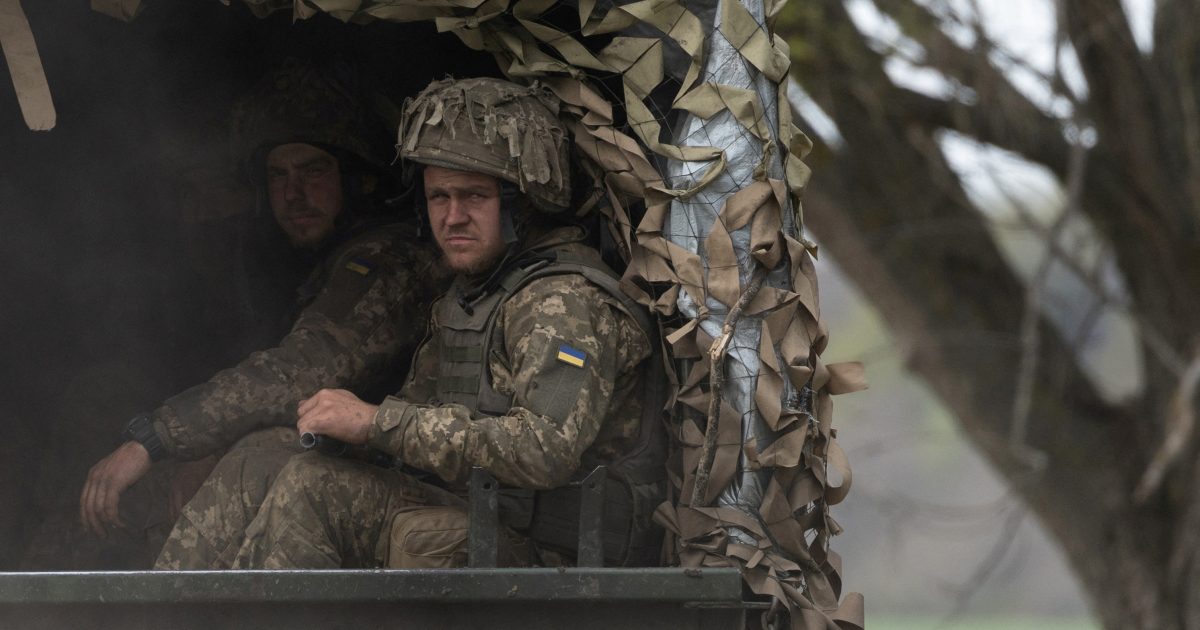 Several Saint Petersburg deputies from the Smolninskij region suggest that Putin be accused of treason over the war. Now others are joining them. How uncomfortable is this situation for the Russian president?
It is unpleasant for two reasons. The first, of course, is that developments in Ukraine constitute a direct nightmare for the Russian armed forces, when they significantly lose their territory. There is talk of more than 6000 square kilometers since the beginning of September alone. These are huge losses. In fact, much more than what the Russian forces were able to obtain in months.

Moscow cannot play the game on as many chess boards as it used to be. Russia, as a major guarantor of security stability in the region, is weakening, says Pavel Havlichk, an analyst from the International Affairs Association.

The second nightmare is that the failures and failures of the Russian armed forces are again reflected in Russian politics and in Russian society, however, criticism of the high command led by Vladimir Putin is growing. This is very inconvenient and a risky move that analysts have warned. From the start, they said that if Russia really invaded Ukraine, it might retaliate.

We must realize that the majority of voices calling for the removal of the current leader in Russia do not do so because they want a more democratic president, but someone who will lead the war in Ukraine and, in their understanding, more effective de-Nazification. it is?
Criticism comes from two locations. The first is the one you mentioned, and the calls are coming from some IRs. We have connections with some of these people, and I think these guys are really loyal Democrats. This is why in the past they fought to be able to become the heads of their societies and in a way represent a society in the big cities that works and thinks differently from the rest of Russia. This is a certain part of Russian society that I would not underestimate, but its potential is limited.

A Ukrainian court sentenced a woman to 12 years in prison. It was supposed to pass strategic information to the Russians

Then there is the second category of people, and they are of course criticizing the Russian president for not doing much, that he should mobilize him, that he should defeat Ukraine. And possibly the deployment of nuclear weapons, which is usually heard on Russian state television. This is the second criticism of some military bloggers, from representatives of the army and even intelligence. One of the prominent critics is, for example, Igor Girkin, a representative of the GRU, who participated in the occupation of part of the territory in Ukraine in 2014. Even these people are critical of Putin today.

Armed conflict broke out again in Nagorno-Karabakh between Armenia and Azerbaijan. Both sides accuse each other of provocation. To what extent this conflict increases tensions in the region?
In a quite basic way, precisely because it is the epicenter of the turmoil that has accompanied Nagorno-Karabakh for decades and the conflict has not been satisfactorily resolved. The two sides have never agreed on how to share the area, conclude an international treaty, or negotiate a ceasefire or a lasting peace. We see that the conflict returns periodically. The significant escalation of the fall of 2020 was a typical feature of the return of conflict with the weakness of Russia today. Russia, as the main guarantor of security stability in the region, is weakening, and hand in hand, the role of Turkey, for example, is getting stronger. Therefore, the possibility of generating more stress increases.

According to the latest information, the Ukrainian army liberated the entire Kharkiv region. What significance could this have in the further development of the entire conflict?
Very necessary. At first, the strongholds behind which the Russian army hid were penetrated, fought and defended, and now the dam is open. Today, the Ukrainian army can advance further. We saw how quickly the Ukrainian army advanced after breaking these lines precisely because there was no natural barrier in terms of terrain. The terrain there is very open, and this, of course, requires the Ukrainians to continue to advance towards the Luhansk region, and, of course, to continue to put pressure on the southern tip in the form of the Kherson region, where the offensive also continues.

How long can the Ukrainian army hold its breath during this attack?
Both sides have a very limited time period in which anything can still happen. The moment the proverbial winter begins in Eastern Europe, there will come a time when the fighting will inevitably subside. Today, we are moving within the time frame of a few short weeks, after which the terrain will become so intricately porous that neither side will be able to make such fundamental shifts as the Ukrainian side shows today. Now is truly the window of opportunity where the boundaries that we regularly observe every morning can be rewritten. Ukrainians use this mode very skillfully even now.

You are right to ask, where does the Ukrainian capacity extend? How prepared are the trained and renewed forces on the side of the Ukrainians? We know that the Ukrainian side has been preparing for this for a very long time. There was speculation that the attack would come before then. She was meticulously transported to be well prepared, to provide her with enough of all the tools needed to conduct the war. Now it seems that Ukraine is well prepared to continue the armed phase.

What is the impact of Western sanctions on Russia? Is Russia waiting for general mobilization? Is the Kremlin in danger of losing influence in neighboring countries because of the war in Ukraine? Listen to the full interview.

#Analyst #Developments #Kyiv #major #nightmare #Russia #Transformation #Ukraine #weeks
Previous Post
Carp for the Christmas table will cost more this year. In East Bohemia, the fish did not perform well
Next Post
“There is blood and tears when things don’t go well, but it’s worth it.” Maria Filipova is 97 years old and keeps folk clothes