Costs of Ukrainian refugees may not exceed one billion euros, and the Czechs help even without financial incentive 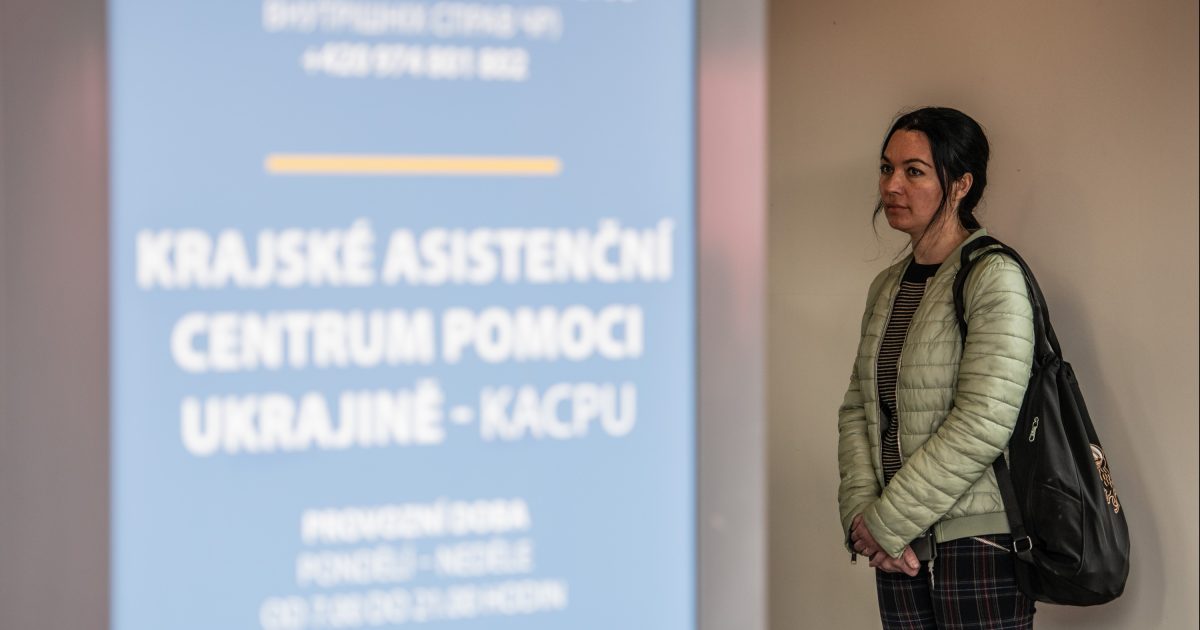 Since the start of the Russian invasion of Ukraine in February, the country has issued more than 428,000 temporary protection visas to refugees, which give access to public health insurance, education or work in the country.

However, the exact number of Ukrainian refugees currently residing in the Czech Republic is unknown. At the end of August, Interior Minister Vit Rakochan (Stan) estimated that there were more than 300,000 of them in the country.

Half of the refugees from Ukraine live in solidarity families. Small families end up at the hostel

To date, the largest expenditures in the Czech budget are humanitarian aid. The Ministry of Labor and Social Affairs paid 6.1 billion kroner to refugees from Ukraine through August.

However, many refugees soon get into work and therefore do not receive benefits. However, Stangora did not say how much humanitarian aid costs were originally supposed to be. The state and employers paid 3.8 billion kroner for refugee health insurance, of which 2.1 billion kroner was for care costs. The remaining funds will remain with the insurance companies.

“The results are really good for the health system. Many Ukrainians work, so the employer pays for health insurance. Many of them also go home and do not use care,” said Robert Teleki (KDU-ČSL), a member of the Supervisory Board of the Public Health Insurance Corporation and a member of Parliament. over here.

Money is not the main motive

The Ministry of Internal Affairs and Communications has so far paid 877 million kroner for the so-called solidarity donation, money for those accommodating refugees. They can order up to 15 thousand kroner. But many of them do not want anything.
“Accommodation is often offered by people of higher status who have more real estate. For many of them, the contribution is not an incentive,” Stepan Vaskevich, coordinator of the Refugee Welcome Platform, told the newspaper.

And authorities did not grant any temporary protection visas to refugees from Ukraine on Saturday, the first time since the invasion began

According to him, interest in housing is still high, but the supply is already minimal. “This summer, we only received 70 offers of accommodation, but there are nearly eight hundred applications,” he added.

Stangora also drew attention to the fact that there are currently less than 60,000 Ukrainian children in Czech schools, according to assumptions, there should have been about 130,000 of them. So schools need fewer teachers than expected, and the costs of adaptation groups are also lower.

The Czech army supplied Ukraine with materials worth 3.8 billion kroner. “In the end, most of the military aid will be paid with European money. The military is still getting equipment from other countries as compensation for what we have given the Ukrainian army.”

The United Nations High Commissioner for Refugees registered 5.6 million refugees across Europe from February 24 to the beginning of July, more than 7.1 million people left their homes and moved into Ukraine, according to it.

#billion #costs #Czechs #euros #exceed #Financial #incentive #refugees #Ukrainian
Previous Post
“I wouldn’t be able to do this on my own in a boat.” Rowingers Flamenkova and Novotnikova are waiting for their debut at the World Championships
Next Post
Forced labor or forced marriage, the number of people subject to modern slavery is increasing rapidly