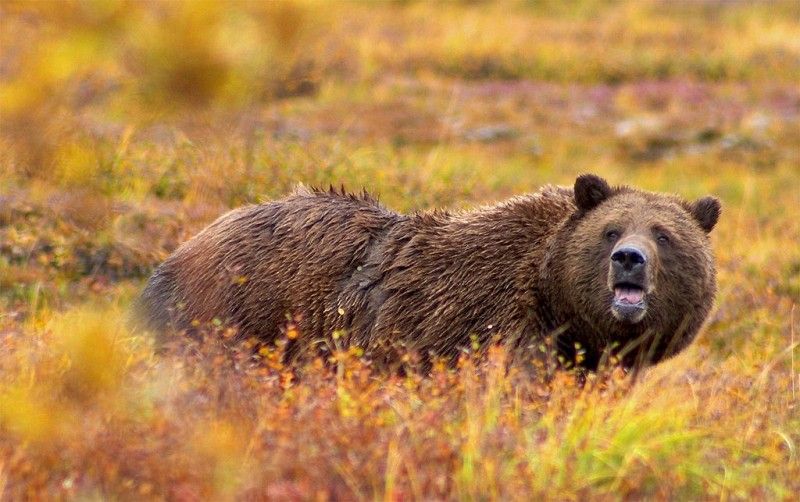 Canada’s Jasper National Park has urged residents of the mountain town of the same name to remove apples, cherries and other fruit trees from their gardens as soon as possible. They have attracted black bears that are preparing to hibernate.

“The continued presence of bears in Jasper Town, often in residential yards a few meters from people, poses an unacceptable safety risk to visitors and residents alike,” Parks Canada said in a recent statement. According to him, there is a danger that because of the sweet fruit, there will be violent clashes between animals and people. This was reported by the Guardian newspaper.

Bears are attracted mainly to apple trees, cherries and fruit bushes, which are a source of high-calorie food for them before winter. However, these types of trees and plants are not naturally found in and around the park and animals are attracted to them only because humans planted them there.

At least ten bears have been spotted in the city recently. However, the strategies that park rangers used in the past to scare them do not work on them now. According to the park’s management, the animals are very “reluctant” to leave the city because they love the sweet fruit so much, and when the keepers take them away, they tend to return immediately.

This isn’t exactly a new problem in Canada, but brave bears are drawing attention to the growing problem of urban wildlife as they are being pushed out of their natural habitat near populated areas.

In Jasper, they recently cut down at least 20 fruit trees not found naturally in the area, and the park is offering residents help removing the extra brush.

“Removing trees is a necessary measure to protect wildlife and public safety,” the municipality said in a statement to frustrated citizens. In the past, city council members were skeptical about large-scale fruit tree removal.

In addition, the town of Jasper has a “fruit sharing” program where residents can ask their neighbors to help pick the fruit. But the park’s management has warned that if the bears keep returning to Jasper, the trees may have to be “wiped out” for the safety of the community.