Barak also negotiated with Napoli, but praised his move to Fiorentina. “The team plays dominant football,” he says. 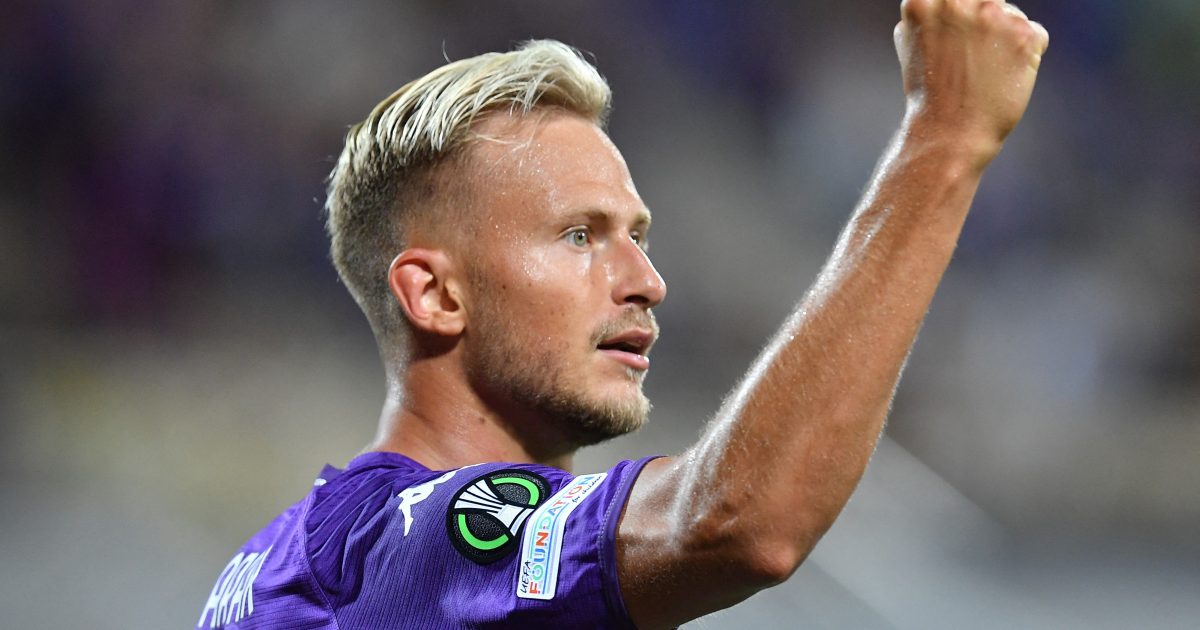 Barak headed to Fiorentina on a one-year loan, which, according to the Czech midfielder, should switch to a post-season transfer if certain conditions are met.

Hear Antonin Barak’s comments on his participation in Fiorentina, Italy

At his new place of work, the young man from Pribram immediately made his way into the team and scored once in seven competitive duels – in his first match on the European stage, he hit the nets of Latvian Rigas.

“I am in a new environment, so there is a new motivation and I feel good. People come in large numbers because we are the only club in Florence and the interest in football is huge. So far, I am satisfied there in every way. It is a great step for me to go forward and improve,” Barak says.

Something could be better – the club’s standing at the table. Although ambitious “Viola” has brought very exciting names to the team in the past two years, after seven rounds he is in tenth place with nine points. But Barak mainly praises the style of the game.

“In recent games we haven’t been successful in terms of results, despite our dominance mostly. The Italian coach wants to play attacking football, dominate possession. We are now fifth in Europe in possession of the ball, ahead of Manchester City and three other teams. This is a statistic. Amazing,” the 27-year-old midfielder is pleased.

Fiorentina is also high in criteria such as the number of passes, shots and goals expected. He also plays one of the best defensive lines in Europe in matches. Above all, the team struggled in the opponent’s goal, and the five-game winning streak was interrupted only by the last score 2:0 against Hellas Verona – the club for which Barak scored 11 goals last year.

Sparta’s show was the best, I want to play regularly, says goalkeeper Kovac. Success in England is still his goal

The blond midfielder’s form last year also caught the attention of other teams. There is not much left, and Barak could play in the Champions League instead of the European Conference League.

“I had a personal meeting with the sporting director of Napoli, he was on a very good path. Fiorentina was involved at some point at the end of the season and some other options were also discussed. In the end, maybe it turned out the way it was supposed to go,” he praised the Lecce and Udinese player Previous.

He returns to the national team after a break caused by an injury that caused him to miss the June meeting. On Saturday against the star-studded Portuguese, he could take over as prime minister in this year’s League of Nations.

“Among the competitors, I would choose Rafal Liao from Milan, who in my opinion is the best player in Serie A at the moment. But if we look at all the positions, they are of high quality. I am more interested in how they work as a whole than they are as individuals,” says the representative czech.

Saturday’s match between Czech footballers and Portugal will kick off on the stadium in Aden at 20:45, broadcast live by Radiožurnál and Radiožurnál Sport.

#Barak #dominant #Fiorentina #Football #move #Napoli #negotiated #plays #praised #team
Previous Post
The Russian Embassy in Rome published pictures of Italian politicians alongside Putin. He writes: “It’s something to remember.”
Next Post
The people of Izgumo asked why you came. To free you from the Nazis, Russian soldiers responded