A member of Iran’s morality police says about arresting women in the street, it’s like we’re going fishing 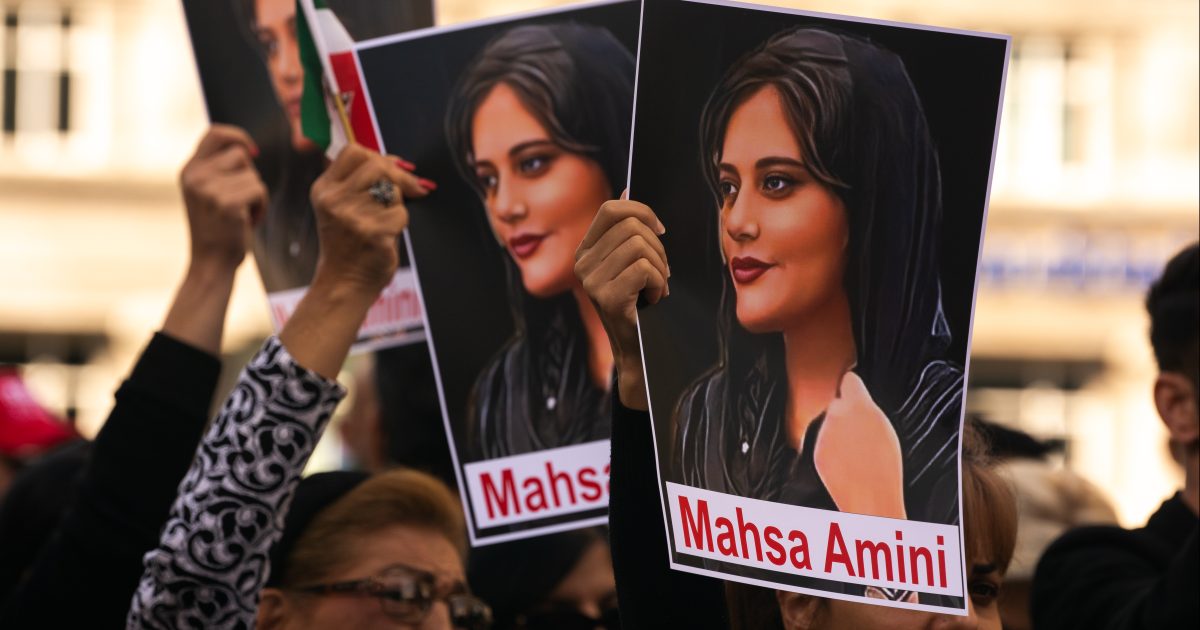 The BBC wrote that the morality police, known in Iran as the “Gesht Ershad” special police unit, are tasked with ensuring Iranians respect Islamic moral principles and arresting those who break the rules by wearing “improper” clothing.

Under Iranian law, which is based on the country’s Islamic law, women are required to cover their hair with a hijab (the veil that covers the hair around the neck and chest) and to wear long, loose-fitting clothes that cover their figure.

When morality police detained 22-year-old Mahsa Aminova in Tehran on September 13, her hair peeked out of her scarf. Shortly thereafter, she collapsed in a cell, fell into a coma and died three days later in the hospital. Reports that members of Gesht Ershad During the arrest of the young woman, she was hit on the head with a bat and hit her with it in a car, and she refuses to manage the special units.

They say we protect women

In a rare BBC interview, a member of the ethics police spoke anonymously. He described his experience working with special forces.

“They told us the reason we work for the moral police units is to protect women,” he said. “Because if women don’t dress appropriately, they can provoke men with their appearance, and then they can hurt them,” he explained.

Unprecedented protests continue in Iran for the fifth day. Women burn scarves and cut their hair

The man described the morality police as operating in six-member teams of four men and two women. They focus on places where there are many pedestrians and where crowds gather.

“It’s weird, because if we’re just supposed to keep an eye on people and make them stick to the rules, why would we go to crowded places where there’s a better chance of arresting more people? It’s like we’re going hunting.”

The policeman pointed out that his boss reprimanded him for not doing his job properly if he did not identify a sufficient number of people who violated the dress code. The man also said he found it difficult for people to resist arrest. “They want us to push them into the truck. Do you know how many times I cried while doing this?

He claimed that he sympathized with the detainees. “I want to tell them that I am not one of them. Most of us are ordinary soldiers doing compulsory military service. I am sad about this.”

To the office with a headscarf only

The Iranian authorities’ battle against the “bad headscarf”, that is, the incorrect wearing of the veil or compulsory clothing, began immediately after the Islamic Revolution of 1979. It was aimed at forcing women to wear modest and modest clothing.

Iranians protest against the death of a detained woman. The morality police detained her for not covering her hair enough

Many women dressed according to the new rules even before they were introduced, but some wore short skirts in public and did not cover their hair. Before the overthrow of Shah Mohammad Reza Pahlavi, it was not uncommon to see a woman with neither bare legs nor a headscarf on the streets of Tehran.

Sarah was Pahlavi’s wife who wore Western dress and was an example to women of what a modern woman should look like.

But laws protecting women’s rights, which were instituted under the Shah, began to collapse shortly after the establishment of the Islamic Republic of Iran.

“It didn’t happen overnight, it was a gradual process, step by step,” says Mehrangiz Karova, 78, a human rights activist and lawyer who helped organize the first pro-hijab protest.

“Immediately after the revolution, men and women appeared on the streets offering women’s scarves wrapped in gift paper for free,” Karova described.

Leader of the Revolution Ayatollah Ruhollah Khomeini On March 7, 1979, he ordered the headscarf to be obligatory for everyone in the workplace, and to consider an exposed woman “naked.”

Iran is a religious dictatorship, and its cooperation with Russia is dangerous, according to a spokesman for the Iranian opposition

“Many revolutionaries viewed his speech as an order to force women to wear the hijab,” said Karova, who now lives in Washington, USA.

“A lot of people have it happening overnight and that’s why women started to rebel,” she said. More than 100,000 people, mostly women, gathered in the streets of Tehran the next day, March 8, International Women’s Day.

Despite Khomeini’s edict, it took some time for the authorities to agree on what the “correct” dress should look like for a woman.

“There were no clear instructions, so they created posters and banners showing the models. They hung on the office walls and announced that the women would either dress according to the instructions given to them, or they would not be allowed into the building,” Karova explained.

Since 1981, women have been legally required to wear decent “Islamic” clothing. In practice, this means wearing a chador, a cloak that covers the entire body, often topped with a smaller scarf on the head underneath, or a scarf and shawl covering the arms.

“However, the individual struggle against the obligatory headscarf continued. We were creative in wearing the scarf and we also did not cover our hair the way we were supposed to cover it according to the law,” Karova explained. Every time they stopped us, we fought them.

In 1983, the Iranian parliament decided that women who did not cover their hair in public could be punished with 74 lashes. Later, a 60-day prison sentence was added.

Despite the threat of punishment, authorities still struggle to enforce the rules. Women are often seen on the street in clothes that do not conform to mores. Some wear tight mid-thigh coats and brightly colored scarves that have been pulled back to show a lot of hair underneath.

How strictly the rules are enforced and how severe the punishment is for breaking them varies depending on which president is in power.

The hard-line conservative former mayor of Tehran, Mahmoud Ahmadinejad, tried to appear progressive during his presidential candidacy in 2004. “People have different tastes and we have to serve everyone,” he said in a television interview.

But shortly after he won the election the following year, the morality police were formally introduced. Until then, the dress code was enforced unofficially by law enforcement and other paramilitary forces.

Mahsa Amini, 22, who died in Iranian morality police custody due to enforced hijab rules, was buried in her hometown of Saqqaz, Kurdistan Region, today.

Her funeral turned into the scene of large protests, and was violently confronted by security forces. pic.twitter.com/DqVjbSjIhE

The morality police are often criticized by the public for their harsh approach. The women are usually detained and released only after a relative comes to them, which ensures that the detainee respects the rules in the future.

“I was detained with my daughter after we were stopped in the street because of our lipstick,” a woman from the city of Asfalah told the BBC. “They took us to the police station and sent to my husband, who had to sign that he would not let us go out without a headscarf.”

Another woman from Tehran told the BBC that a morality policeman pointed out her ill-fitting shoes and told her they could be “too sexy” for men. After that, its members Qasht Irshad arrested.

“I called my husband and asked him if he could bring me another pair of shoes,” the woman said. Then I signed an affidavit stating that I was wearing inappropriate clothes and now have a criminal record.

Other testimonies shared by women with the BBC described beatings and other harsher punishments. One woman said that the police threatened to put cockroaches on her body while she was in custody.

Women are no longer alone

President Ibrahim Raisi, who was elected last year, signed an order on August 15 to tighten restrictions. The new regulations include the introduction of surveillance cameras, fines for exposed women or for referring them for “consultation,” and mandatory prison sentences for any Iranian who defies the headscarf or posts morally violating content online.

Iran wants to use a facial recognition system to control headscarves. It is imposed on women by law

The restrictions have led to more arrests, but have also led to an increase in the number of women posting pictures and videos of themselves without a headscarf on social media. This only intensified in the days after Amini’s death.

Masih Alinejad, a journalist and activist now based in the United States, says the protests that have erupted since Amina’s death are very personal.

She has led several viral campaigns against hijab laws over the years, including #mystealthyprotest (loosely translated as my hidden protest), and is seen by many, including the government, as the driving force behind the current unrest.

Women began to take off their headscarves and wave them in the air at Amini’s funeral in the western city of Saqqaz on Saturday. In the following days, women took to the streets across the country, some of whom were photographed lighting their headscarves, as they were encouraged by male protesters.

“When they did it, it reminded me of when people started tearing down the Berlin Wall, this is the moment,” Alingad said. “What makes me so emotional and optimistic is that this is the first time these girls aren’t alone. Now they and the guys are with them.”